: a person of a weak or sickly constitution; especially : one whose chief concern is his or her ill health

Oddly enough, valetudinarian, a word for someone who is sickly (or at least thinks he or she is), comes from valēre, a Latin word that means "to have strength" or "to be well." Most of the English offspring of valēre imply having some kind of strength or force—consider, for instance, valiant, prevail, valor, and value. But the Latin valēre also gave rise to valētūdō. In Latin, valētūdō refers to one's state of health (whether good or bad), but by the time that root had given rise to valetudinarian in the late 17th century, English-speaking pessimists had given it a decidedly sickly spin.

"Dukakis succeeds by balancing the over-the-top comedy with the right dose of realism. His Argan is at once exaggerated and recognizably human…. Paranoid about his health, this classic valetudinarian is really scared of dying alone and unloved." — Charles McNulty, The Los Angeles Times, 17 Oct. 2016

"Starting when he [John Updike] was in his late 50's, it sometimes amused him to pretend to be a fogey and a valetudinarian. His submissions to The New Yorker … were often accompanied by a little note declaring that the enclosed was not very good and would probably be his last, because the well was going dry, the tank was empty, the field was fallow." — Charles McGrath, The New York Times, 1 Feb. 2009

What is the meaning of latitudinarian? 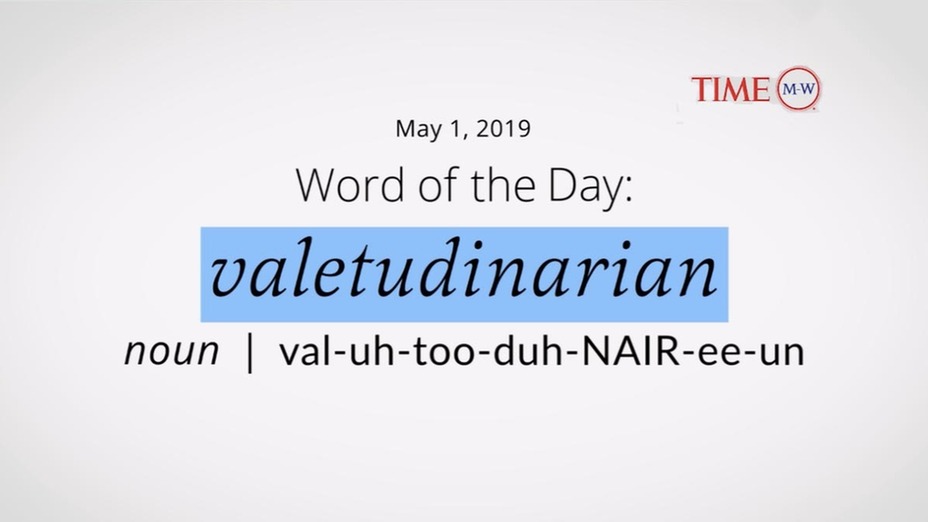 noun - a weak or sickly person