1 : an animal or plant serving as the emblem of a family or clan; also : a representation of such an object

2 : a revered emblem or symbol : a person or thing that represents an idea

"Totem" comes to us from Ojibwa, an Algonquian language spoken by an American Indian people from the regions around Lake Superior. The most basic form of the word in Ojibwa is believed to be "ote," but 18th-century English speakers encountered it as "ototeman" ("his totem"), which became our word "totem." In its most specific sense, "totem" refers to an emblematic depiction of an animal or plant that gives a family or clan its name and that often serves as a reminder of its ancestry. The term is also used broadly for any thing or person having particular emblematic or symbolic importance. The related adjective "totemic" describes something that serves as a totem, that depicts totems ("totemic basketry," for example), or that has the nature of a totem.

All five members of the family are talented singers, so it might be appropriate that their totem animal is the canary.

"This sense of the safe-deposit box as a totem of responsible security inspired me to rent a box myself shortly after the birth of our first child…." - Eric Zorn, Chicago Tribune, April 25, 2014

What is the meaning of "mien," our Word of the Day from May 9? The answer is … 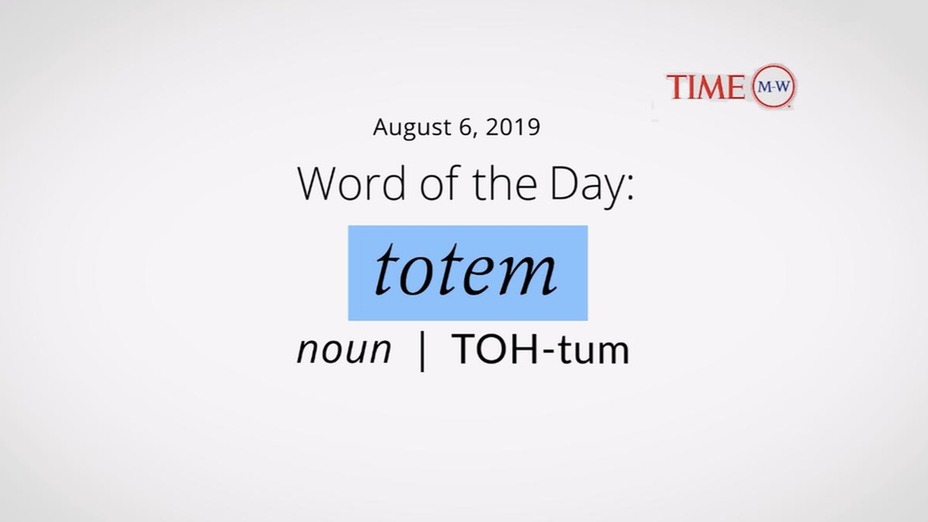 noun - an object used as a family or clan emblem