: of or relating to a barber or the work of a barber

"Tonsorial" is a fancy word that describes the work of those who give shaves and haircuts. (It can apply more broadly to hairdressers as well.) It derives from the Latin verb "tondēre," meaning "to shear, clip or crop." (Another descendant, "tonsor," is an archaic word for a barber.) You might be more familiar with the related noun "tonsure," which refers to the shaven crown or patch worn by monks and other clerics, or the religious rite of clipping the head of one being admitted as a cleric. The verb "tonsure" means "to shave the head of."

"Rookie Adam Henrique is trying to spark the Devils with a tonsorial adjustment. Henrique has shaved off his beard, leaving him with a bristly mustache for Game 4." -From an Associated Press article appearing in the Wall Street Journal, June 5, 2012

"We found the office closed; but, in the verandah of the dwelling-house, was a lady performing a tonsorial operation on the head of a prim-looking, elderly European, in a low, white cravat…." - From Herman Melville's 1847 novel Omoo: A Narrative of Adventures in the South Seas

What is the meaning of "coiffeur"? The answer is ... 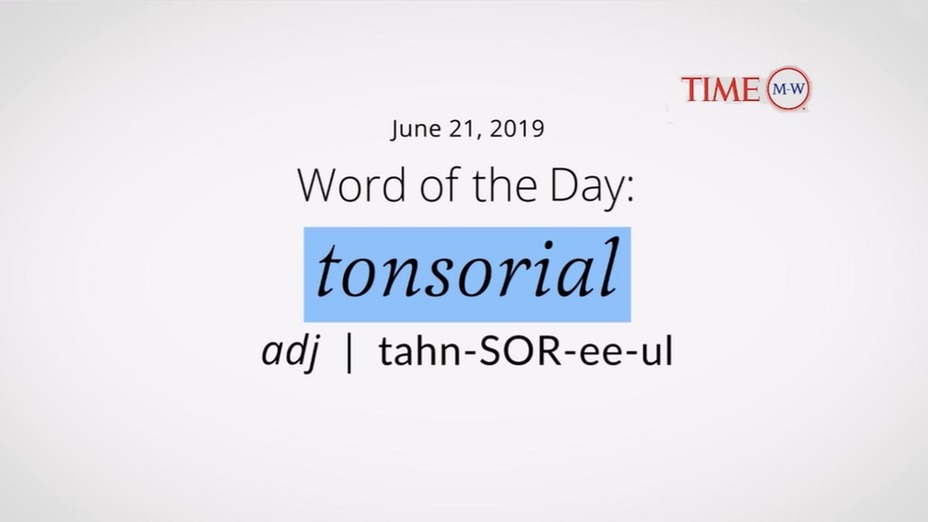 adj. - of or relating to a barber or his work