1 a : to make (as color or a painting) less brilliant by covering with a thin coat of opaque or semiopaque color applied with a nearly dry brush

b : to apply (a color) in this manner

2 : to soften the lines or colors of (a drawing) by rubbing lightly

The history of "scumble" is blurry, but the word is thought to be related to the verb "scum," an obsolete form of "skim" (meaning "to pass lightly over"). Scumbling, as first perfected by artists such as Titian, involves passing dry, opaque coats of oil paint over a tinted background to create subtle tones and shadows. But although the painting technique dates to the 16th century, use of the word "scumble" is only known to have begun in the late 18th century. The more generalized "smudge" or "smear" sense appeared even later, in the mid-1800s.

He scumbles his seascapes until they are suffused with, and nearly veiled by, a pale golden light.

"Edouardo Vuillard's 'Woman Lighting a Stove in a Studio' ... trades the common impasto of Impressionism for a lighter scumbled texture." - From an art review by Evan Gillespie in the South Bend Tribune, August 2, 2012

What is the meaning of "agon," our Word of the Day from November 1? The answer is ... 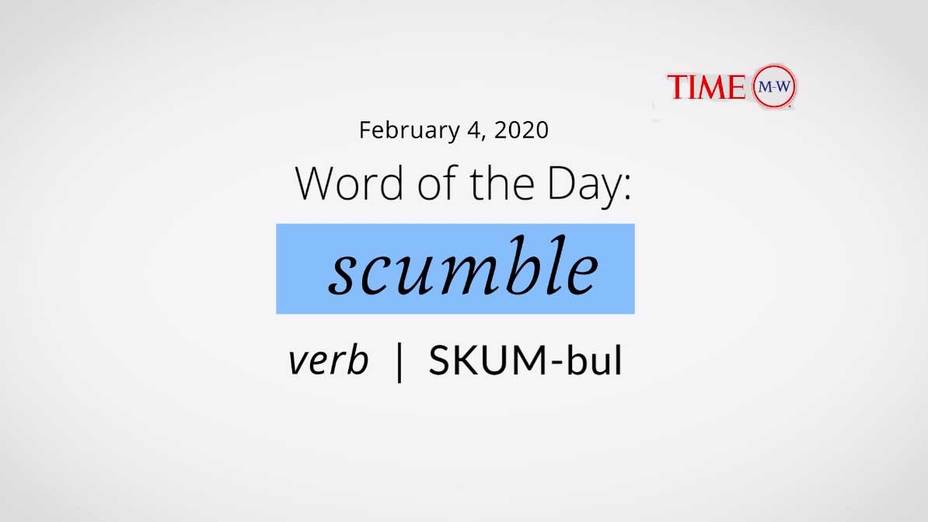 verb - to soften the lines or colors of