1 : a male goat upon whose head are symbolically placed the sins of the people after which he is sent into the wilderness in the biblical ceremony for Yom Kippur

2 a : one that bears the blame for others

b : one that is the object of irrational hostility

On Yom Kippur, the ancient Hebrews would sacrifice one goat for the Lord and lead another one into the wilderness bearing the sins of the people. The ceremony is described in Leviticus, where it is said that one lot shall be cast for the Lord and one for "Azazel." Modern scholars usually interpret Azazel as being the name of a demon living in the desert, but ancient biblical translators thought Azazel referred to the goat itself, apparently confusing it with the Hebrew phrase ez ozel, meaning "goat that departs." The mistranslation was carried through Greek and Latin into a 16th-century English translation, where the word for the goat was rendered as scapegoote; that is, "goat that escapes." The extended senses of scapegoat we use today evolved from this biblical use.

The financial advisor was a convenient scapegoat for some of the ill-fated business ventures that the company had undertaken over the years.

"The French framed [Mata Hari] for espionage, making her the scapegoat for their losses on the Western Front, but it's also clear that some of her inquisitors really believed she was guilty…." — Mick LaSalle, The San Francisco Chronicle, 19 Aug. 2019 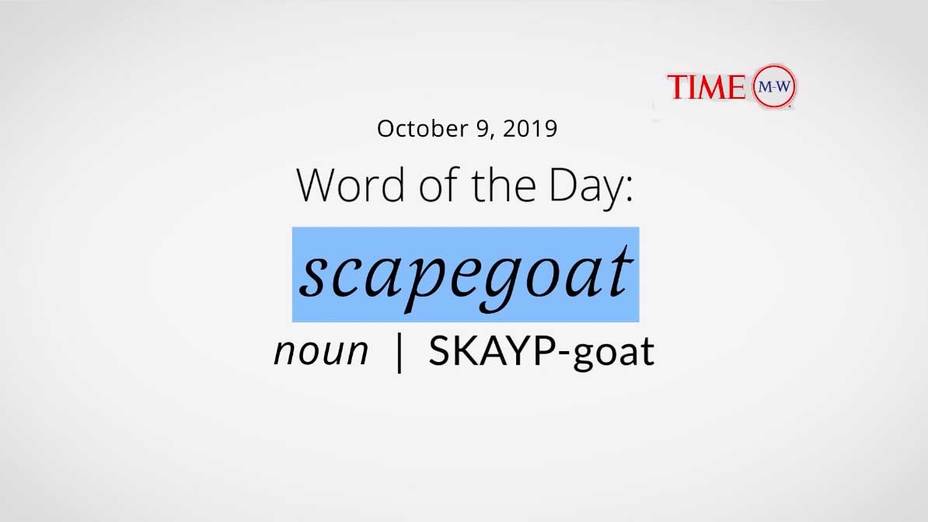 noun - one that bears the blame for others