Sawbones cut its first literary tooth in Charles Dickens's 1837 novel The Pickwick Papers, when Sam Weller says to Mr. Pickwick, "Don't you know what a sawbones is, sir? … I thought everybody know'd as a sawbones was a surgeon." An evocative term that calls to mind the saws that 19th-century surgeons used to perform amputations, sawbones quickly became an established member of the English language, employed by such authors as H. G. Wells, Mark Twain, and Robert Louis Stevenson. Mercifully, medical technology has improved dramatically since then (the surgical saws used in procedures today are a far cry from the primitive tools of yesteryear), but the word sawbones is still used, often in a humorous context.

"After abandoning his destitute family in 1913, Brinkley bought a medical degree from a 'diploma mill' in St. Louis. An itinerant preacher assured him that he did not have to be a bona fide sawbones to cure the ills of the world." — Bartee Haile, The Courier (Montgomery County, Texas), 19 Jan. 2018

"Anyway, his relatives … reminded him that it's hard to shine shoes without a heartbeat. So he went back to his sawbones to talk about the pacemaker." — Phil Luciano, The Journal Star (Peoria, Illinois), 28 Oct. 2017

Unscramble the letters to create a synonym of sawbones meaning "surgeon": AROTOEPR. 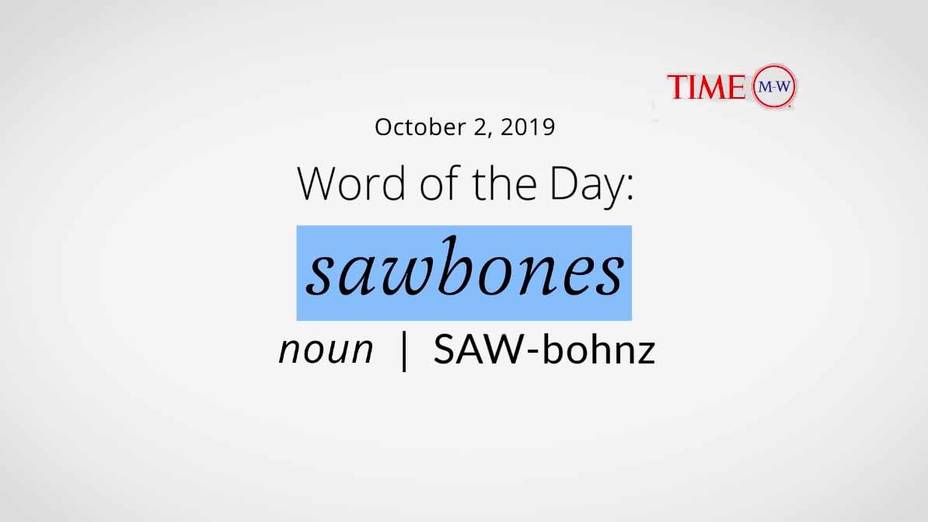 noun - a physician or surgeon