1 : a list or supply of plays, operas, pieces, or parts which a company or performer is prepared to present

2 : a supply of skills, devices, or expedients; broadly : amount, supply

The Late Latin noun "repertorium," meaning "list," has given us two words that can be used to speak of the broad range of things that someone or something can do. One is "repertory," perhaps most commonly known as a word for a company that presents several different plays, operas, or other works at one theater, or the theater where such works are performed. "Repertoire," which comes from "repertorium" via French, once meant the same thing as "repertory" but later came to refer to the range of skills that a person has under his or her belt, such as the different pitches a baseball pitcher can throw or the particular dishes that are a chef's specialty.

Though I have a limited repertoire when it comes to cooking, I managed to put together a decent meal that all of my guests seemed to enjoy.

"She's got the classic looks, the incredible singing voice, and a repertoire that sparkles with torchy twang, growly rockabilly, and, when she has a mind to, vintage R&B and swing." - From a concert listing by James Reed in the Boston Globe, June 20, 2013

What word begins with "a," shares the "supply" meaning with "repertoire," and can also mean "a collection of weapons"? The answer is … 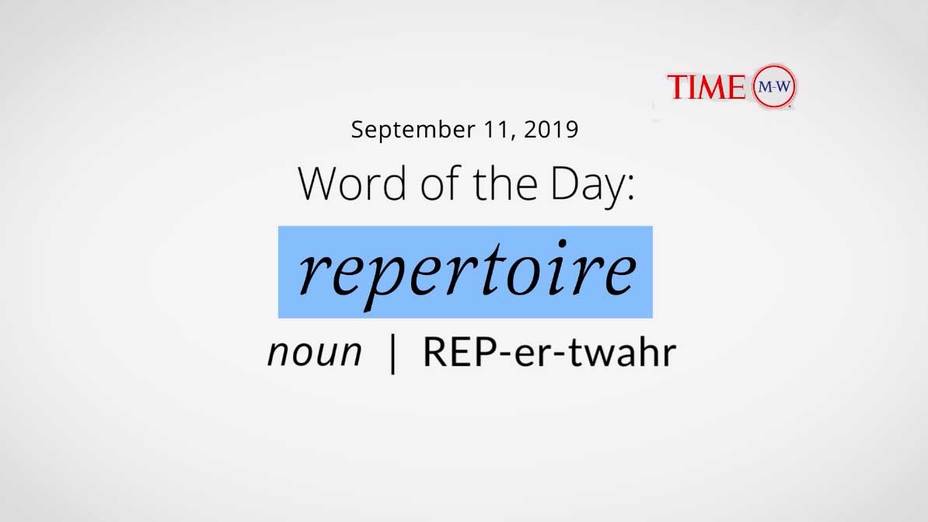 noun - pieces a company or person can perform