GAMES BROWSE THESAURUS WORD OF THE DAY WORDS AT PLAY SETTINGS
Word of the Day : May 21, 2019

1 : to make a payment or contribution of (money) — usually used with up

2 : pay, contribute — usually used with up

Pungle is from the Spanish word póngale, meaning "put it down," which itself is from the verb poner, meaning "to put" or "to place," and, more specifically, "to wager" or "to bet." The earliest uses of pungle are from the mid-1800s and are in reference to anteing up in games of chance. It did not take long for the word to be used in other contexts. We find it, for example, in Mark Twain's Adventures of Huckleberry Finn (1884) when Huck's father says: "I'll make [Judge Thatcher] pungle, too, or I'll know the reason why." Nowadays, pungle is mainly used in the western part of the United States.

Residents have been pungling up to send their little league team to the national championship; donations can be made via credit card or PayPal on the town’s Sports and Recreation website.

"In December 1849, Coffin formed Coffin & Co. and contracted with a New York builder for a … side-wheel steamer to ply the waters between Portland and San Francisco. When he and his partners failed to pungle up the final payment, however, the vessel was sold." — John Terry, The Sunday Oregonian (Portland, Oregon), 19 Aug. 2007

Don't let money come between friends. Sending money peer-to-peer with PayPal is the simple and secure way to pay people back, especially for big ticket items like group vacations. With PayPal, you can send money from just about anywhere, and the recipient can receive and access it instantly. 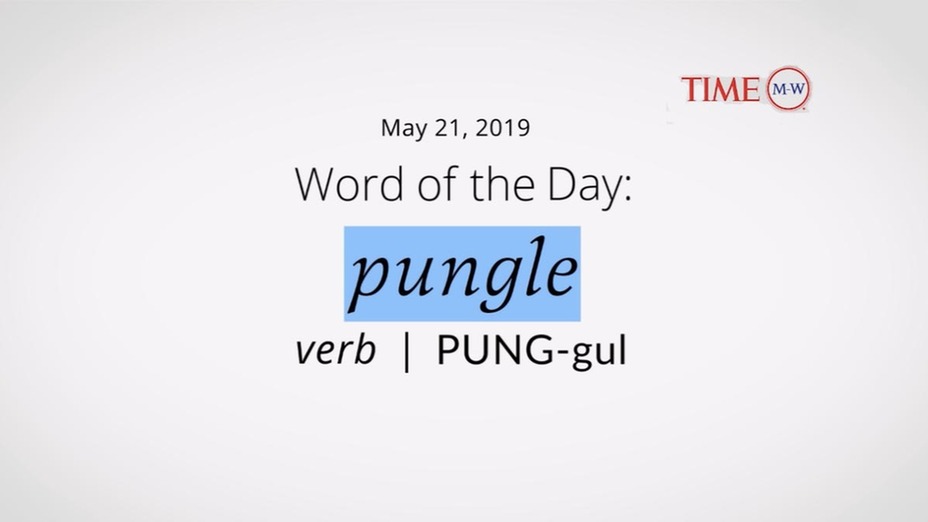 verb - to make a payment or contribution