: expressive of suffering or woe : melancholy

Like its relative "plangent," "plaintive" is often used to describe sad sounds. "A plaintive wail," for example, is a common use. "Plaintive" and "plangent" (along with relatives "plaintiff" and "complain") ultimately derive from the Latin verb "plangere," meaning "to strike," "to beat one's breast," or "to lament." This Latin verb led to "plaint," an Anglo-French word (and now also an English word) meaning "lamentation." "Plaint" is the root of Middle English "plaintif" (meaning "lamenting" or "complaining"), which gave rise to "plaintive" as well as the noun "plaintiff."

We could hear the plaintive cry of a wounded animal in the woods.

"The new album's got a timelessness to it, as Bondy pulls you in with tersely plaintive yarns of hard luck in the big, bad world, the predictability of loneliness and the faint promise of redemption." -- From a music review by John Payne in the Houston Press, August 12, 2010 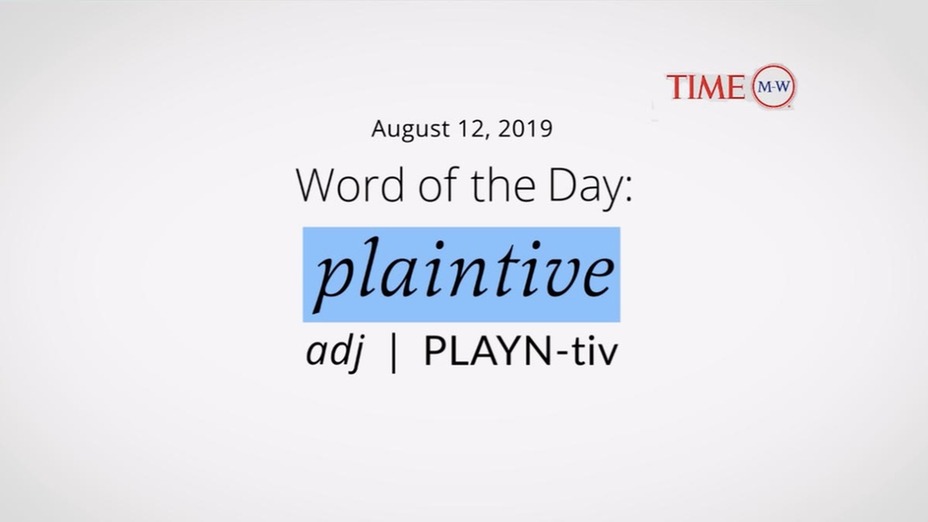 adj. - expressive of suffering or woe