GAMES BROWSE THESAURUS WORD OF THE DAY WORDS AT PLAY SETTINGS
Word of the Day : May 17, 2019

1 : writing material (such as a parchment or tablet) used one or more times after earlier writing has been erased

2 : something having usually diverse layers or aspects apparent beneath the surface

Long ago, writing surfaces were so rare that they were often used more than once. Palimpsest originally described an early form of recycling in which an old document was erased to make room for a new one when parchment ran short. (The word is from the Greek palimpsēstos, meaning "scraped again.") Fortunately for modern scholars, the erasing process wasn't completely effective, so the original could often be distinguished under the newer writing. De republica, by Roman statesman and orator Cicero, is one of many documents thus recovered from a palimpsest. Nowadays, the word palimpsest can refer not only to such a document but to anything that has multiple layers.

"Among those handwritten manuscripts are 130 that have additional secrets: They are palimpsests, documents in which the original text was erased and written over, the parchment considered more valuable than the text." — Sarah Laskow, Atlas Obscura, 29 Aug. 2017

"Large and medium-sized canvases in varying stages of completion covered most of the wall space in the studio … and the floor was a palimpsest of rags, used paper palettes, brushes, metal tubs filled with defunct tubes of Old Holland oil paint, colored pencils and broken charcoal sticks, … and other debris." — Calvin Tomkins and Dodie Kazanjian, The New Yorker, 10 Apr. 2017

What is the meaning of the adjective pergameneous? 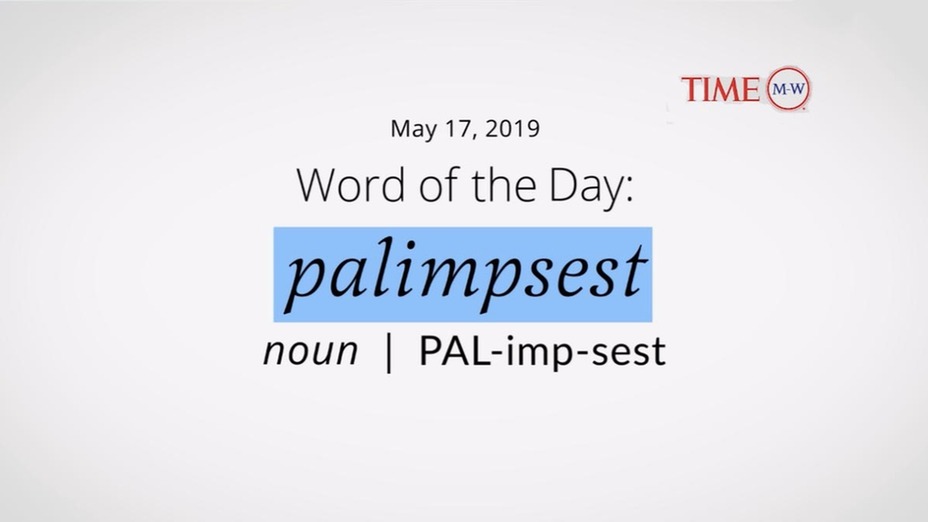