GAMES BROWSE THESAURUS WORD OF THE DAY WORDS AT PLAY SETTINGS
Word of the Day : February 21, 2020

1 : of or relating to the study or collection of coins, tokens, and paper money

2 : of or relating to currency : monetary

The first metal coins are believed to have been used as currency by the Lydians, a people of Asia Minor, during the 7th century B.C.E., and it is likely that folks began collecting coins not long after that. The name that we give to the collection of coins today is numismatics, a word that also encompasses the collection of paper money and of medals. The noun numismatics and the adjective numismatic came to English (via French numismatique) from Latin and Greek nomisma, meaning "coin." Nomisma in turn derives from the Greek verb nomizein ("to use") and ultimately from the noun nomos ("custom" or "law"). From these roots we also get numismatist, referring to a person who collects coins, medals, or paper money.

Andrew brought his father's collection of 19th-century coins to an antique dealer to find out if any were of numismatic value.

"Many a well-meaning metal detector enthusiast has taken aggressive measures to clean the old coins they unearth—including harsh scrubbing and abrasives like sandpaper. The coin may come out as bright and shiny as the day it was new, but its value can be destroyed in the process. Whatever the condition of the coin, it's probably better to consult with a local coin collectors' or numismatic group or experts before doing anything that can't be reversed." — Mason Dockter, The Sioux City (Iowa) Journal, 30 Oct. 2019

What adjective derives from Greek nomos ("law") and means "having the right or power of self-government"? 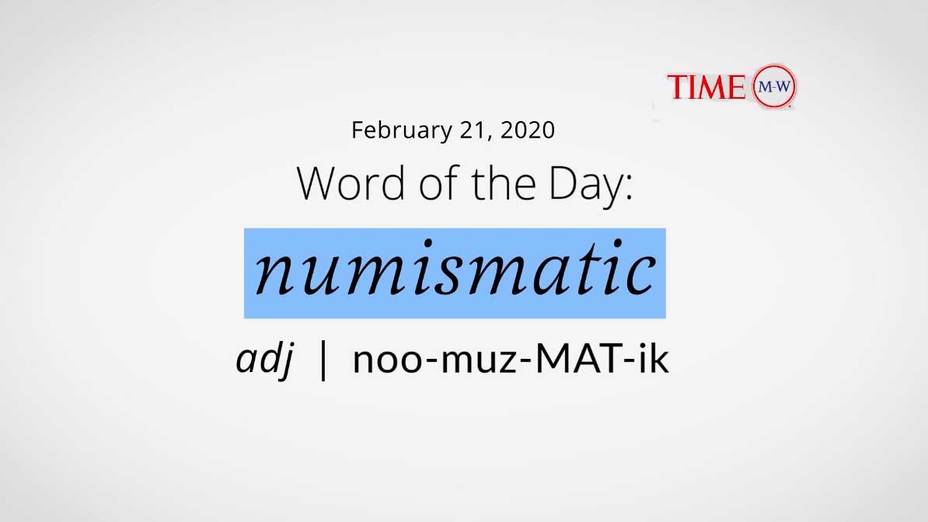 adj. - of or relating to coins or currency