GAMES BROWSE THESAURUS WORD OF THE DAY WORDS AT PLAY SETTINGS
Word of the Day : August 21, 2019

1 : the misnaming of a person in a legal instrument

2 a : a use of a wrong or inappropriate name

b : a wrong name or inappropriate designation

What's in a name? Well, in some cases, a name will contain an error, a misunderstanding, or a mislabeling. Historians have long noted that the Holy Roman Empire was neither holy, Roman, nor an empire. The Battle of Bunker Hill was actually fought on Breed's Hill. And the Pennsylvania Dutch are in fact of German ancestry. For such cases, we have the term misnomer, which comes from the Anglo-French verb mesnomer ("to misname") and ultimately has its roots in nomen, the Latin word for "name."

"When you see flashes along the horizon on a summer night, it could be lightning within a storm that's more than 100 miles away. 'Heat lightning' is a misnomer—they're just ordinary strikes that lack thunder and appear diffuse when witnessed from a long distance." — John Boyer, The Richmond (Virginia) Times Dispatch, 27 June 2019

"Ten candidates will debate for two hours each night Wednesday and Thursday—although 'debate' is something of a misnomer, in the Lincoln-Douglas sense of the word, given the time constraints and limited ability for great depth or lengthy engagement." — Mark Z. Barabak and Michael Finnegan, The Los Angeles Times, 25 June 2019

What relative of misnomer refers to an international system of standardized New Latin names used in biology? 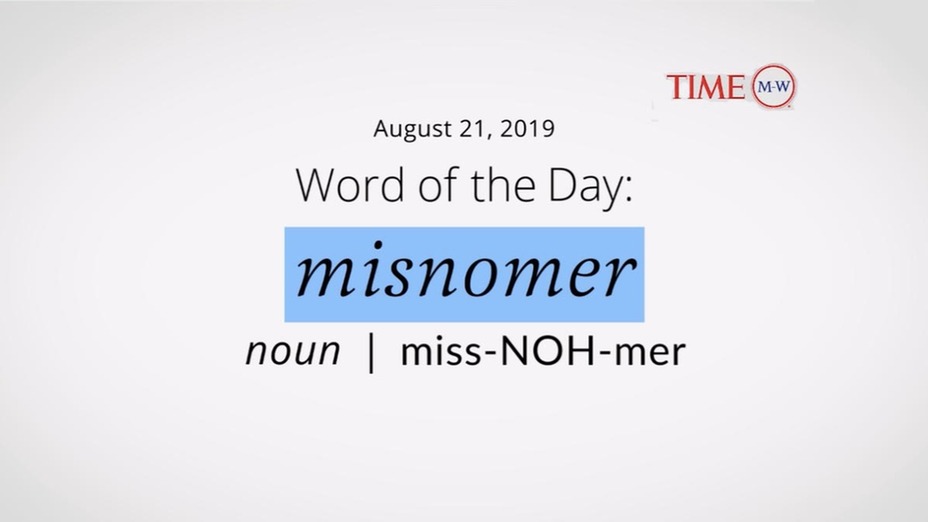