The game of golf originated on the sandy hills of Scotland on a type of terrain known as links or linksland. Eventually, the game's layout came to be called by the same name as the land, and links developed the meaning of "a golf course built on the coastline," which eventually broadened to include any golf course. Links is ultimately derived from the Old English word hlincas, the plural of hlinc, meaning "ridge," and teed off in 15th-century Scottish English as a name for sandy, hilly terrain. Britain has a number of old-fashioned links courses (built to resemble the Scottish landscape and located on the coastline), and there are a few in the United States as well.

"Now that spring is here, it means that it's once again time for golfers to hit the links." — Jonathan Saxon, The Herald (Dubois County, Indiana), 27 Mar. 2019

"A giant 9-foot alligator surprised golfers Sunday at a course in Savannah, Georgia, when it suddenly appeared out of nearby brush and lumbered across the links." — Shelby Lin Erdman, The Atlanta Journal-Constitution, 25 Mar. 2019

What word can refer to a stroke taken off a golf score or to a thick, creamy soup? 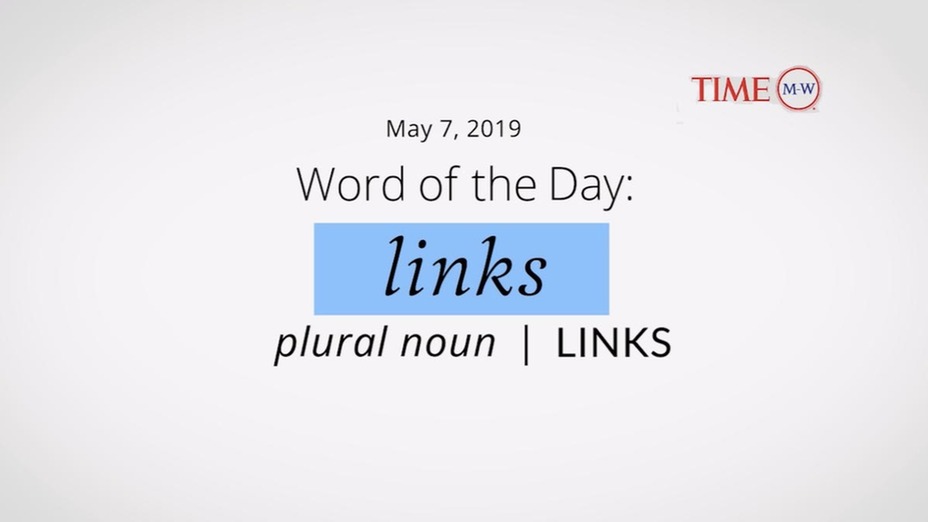