GAMES BROWSE THESAURUS WORD OF THE DAY WORDS AT PLAY SETTINGS
Word of the Day : October 29, 2019

Alas, alack, there are times when life seems to be one unfortunate occurrence after another. We've all had days when nothing seemed to go right. When folks had one of those days back in the 17th century, they'd cry "Lackaday" to express their sorrow and disappointment. Lackaday was a shortened form of the expression "alack the day." By the mid-1700s, lackadaisical was being used (coined through the addition of the suffix -ical). The word lackadaisy also was used around that time as an interjection similar to lackaday, and this word, though never as prevalent as lackaday, might have influenced the coinage of lackadaisical.

"What used to be a bar with barely passable food, boring décor and lackadaisical service has a new incarnation. Everything has been improved, starting with its transformation into a lively tavern with a menu of popular comfort foods, as well as choices for more adventurous eaters." — Marc Bona, Cleveland.com, 6 Apr. 2017

"But it was not that they lost— … but how they lost, mired in lackadaisical play. Jose Iglesias was thrown out at third base trying to advance in a ball on the dirt for an easy out. Blaine Hardy forgot to cover first base. And then … J.D. Martinez caught a fly ball in rightfield and assumed Jason Kipnis would hold at third base." — Anthony Fenech, The Detroit Free Press, 8 July 2017 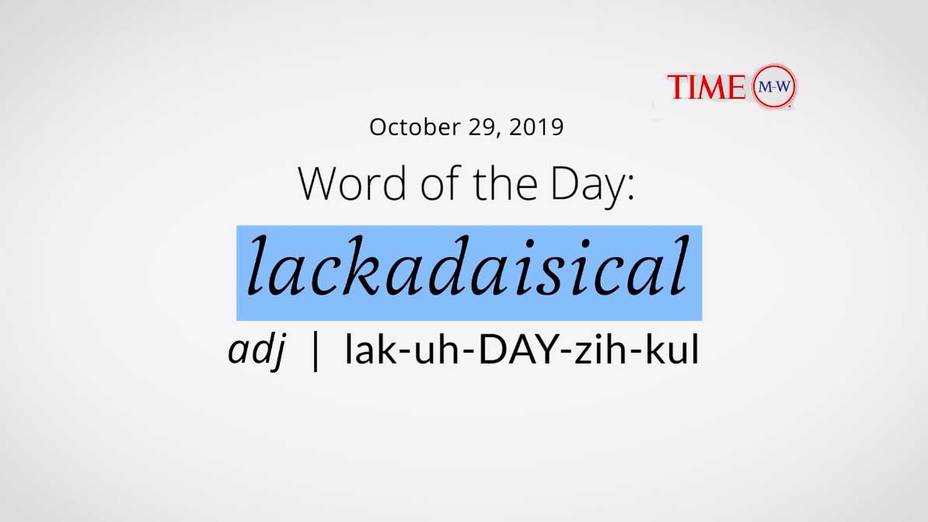