If you try to take apart "irascible" in the same manner as "irrational," "irresistible," or "irresponsible," you might find yourself wondering what "ascible" means-but that's not how "irascible" came to be. The key to the meaning of "irascible" isn't the negative prefix "ir-" (which is used before words that begin with "r"), but the Latin noun "ira," meaning "anger." From "ira," which is also the root of "irate" and "ire," came the Latin verb "irasci" ("to become angry"), which led to French "irascible." English speakers borrowed the word from French in the 16th century.

That tidy little house belongs to an irascible old crank who never has a kind word for any of his neighbors.

"Barra has written a close study of two ballplayers who were heroes to him when he (and they) were younger. In the end, his heart goes out to Mantle, who admitted his failings as death neared, who became more knowable. Barra has a harder time with an irascible, less open, elderly Mays." - From a book review by Floyd Skloot in the Boston Globe, May 24, 2013

Fill in the blanks to create a synonym of "irascible": coei. The answer is … 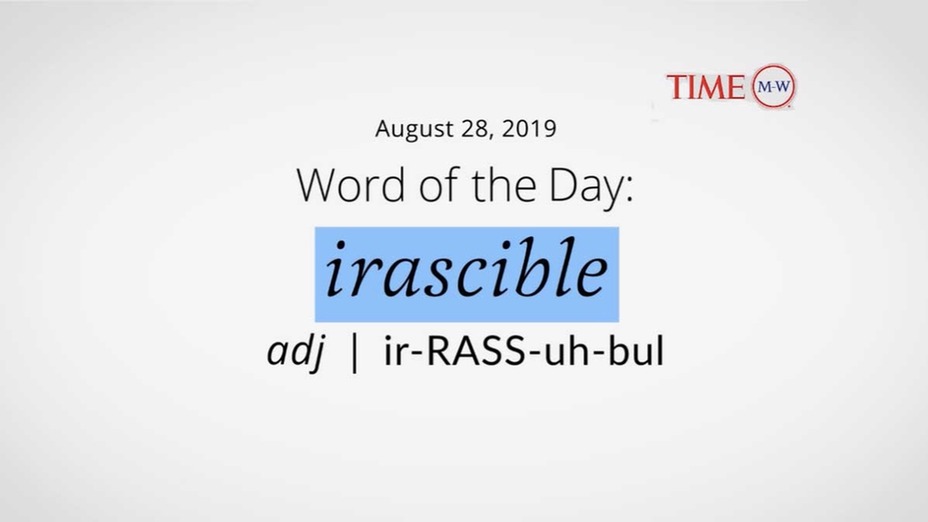 adj. - having a hot temper and easily angered