: incapable of being surmounted, overcome, passed over, or solved

"Insuperable" first appeared in print in the 14th century, and it still means now approximately what it did then. "Insuperable" is a close synonym of "insurmountable." In Latin, "superare" means "to go over, surmount, overcome, or excel." The Latin word "insuperabilis" was formed by combining the common prefix "in-" (meaning "not" or "un-") with "superare" plus "abilis" ("able"). Hence "insuperabilis" meant "unable to be surmounted, overcome, or passed over," or more simply, "insurmountable." The word "insuperabilis" was later anglicized as "insuperable." Related words such as "superable," "superably," and even "superableness" have also found a place in English.

Though it had appeared that the visiting team had an insuperable lead, the home team rallied to win in the end.

"The project faced a perpetual lack of funding, constant bureaucratic delays, and, by the '30s, the near-insuperable hurdles of reconciling parts of Tolstoy's work (especially his religious writings) with the state's demands." - From a post by Sal Robinson on Melville House Press's MobyLives blog, October 21, 2013

Fill in the blanks to create a synonym of "insuperable": ucnurbe. The answer is … 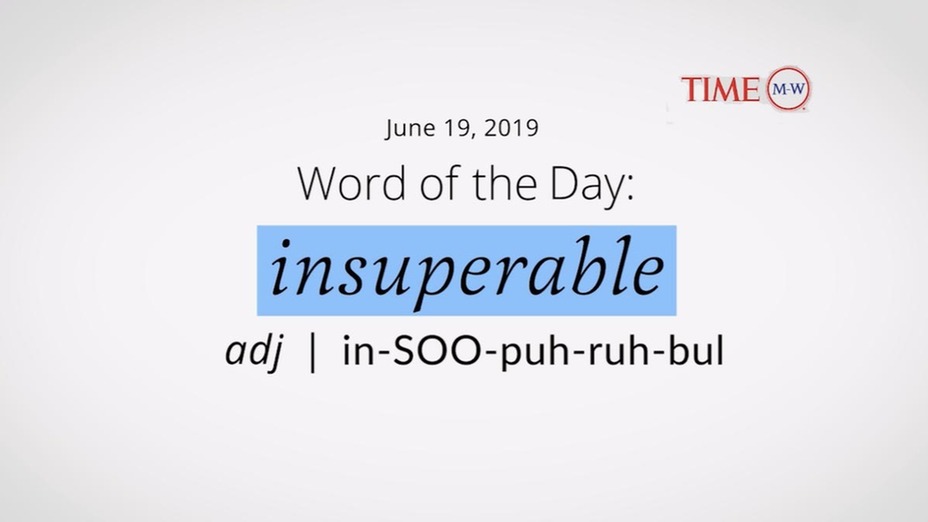 adj. - incapable of being surmounted or overcome