GAMES BROWSE THESAURUS WORD OF THE DAY WORDS AT PLAY SETTINGS
Word of the Day : February 3, 2020

1 : a priest in ancient Greece; specifically : the chief priest of the Eleusinian mysteries

2 a : a person who explains : expositor

b : one who defends or maintains a cause or proposal : advocate

Hierophant, hieroglyphics, and hierarch have a common root: hieros, a Greek word meaning "sacred." Hieroglyphics joins hieros with a derivative of glyphein, the Greek verb for "to carve." Hierarch, a word that can refer to a religious leader in a position of authority, joins hieros with a derivative of archein, meaning "to rule." Hierophant itself joins the root with a derivative of phainein, which means "to show." The original hierophants were priests of the ancient Greek city of Eleusis who performed sacred rites. In the 17th century, when the word was first documented in English, it referred to these priests. By the 19th century, English speakers were using the term in a broader sense. A hierophant can now be a spokesperson, a commentator, an interpreter, or a leading advocate.

"My choir knew their order and moved into it neatly. One expects that nowadays; then, one often saw choirs jostling about, even arguing aloud about where to stand. I bowed to the High Priestess—here was no Polykrates who'd expect to be noticed first—took in the other hierophants with a general reverence, and made the Archon my homage." — Mary Renault, The Praise Singer, 1978

"The art world is a balkanized anarchy, with lots of little insides, lots of little games, better and worse people, hierophants and hustlers." — Peter Schjeldahl, The Village Voice, 6 June 2019

Unscramble the letters to create a synonym of hierophant meaning "advocate": TPNORNEPO 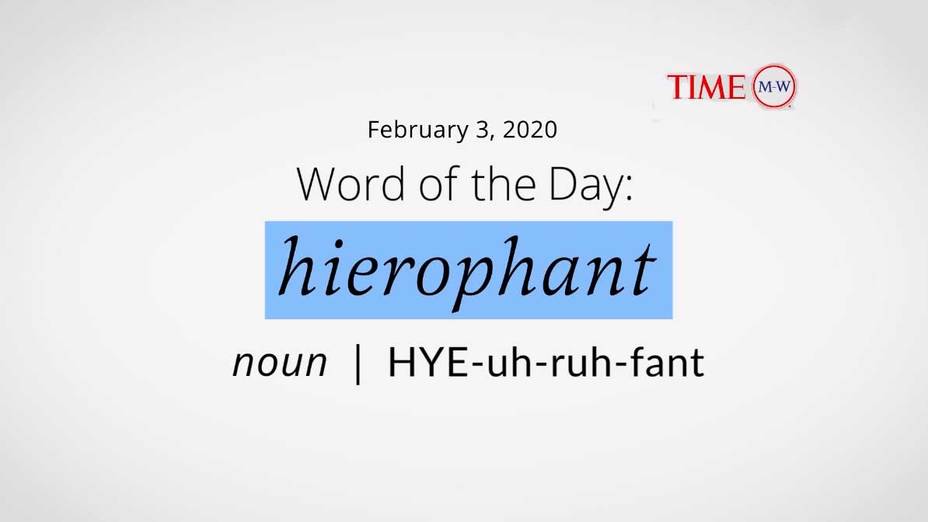 noun - a priest in ancient Greece