: the deepest emotions or affections — usually used in plural

Before a song or movie or heart-shaped card accompanied by a box of chocolates could tug at your heartstrings, the job was more likely to be accomplished by a surgeon: the word heartstring used to refer to a nerve believed to sustain the heart. You might recognize the word's second syllable in the term hamstring, which refers to both a group of tendons at the back of the knee and to any of three muscles at the backs of the upper legs. It's also apparent in a rare dialect term for the Achilles' tendon: heel string. And in light of these terms, it's not surprising to know that string itself was at one time used independently to refer to cords like tendons and ligaments.

"While on Facebook, have you ever come across a posting that tugs at your heartstrings? Photos of adorable abandoned puppies, say, or a story about a cute little girl who didn't get any happy birthday wishes? You instinctively click the 'thumbs-up' or add a comment (Happy birthday!) and maybe even decide to share the posting." — Mary C. Hickey, Consumer Reports, June 2018

"There are two moments in 'Mary Poppins Returns' when the grown-ups watching really lose it: Dick Van Dyke's arrival and when Angela Lansbury starts singing. Those are playing on a lifetime of heartstrings." — Lin-Manuel Miranda, quoted in USA Today, 27 Dec. 2018 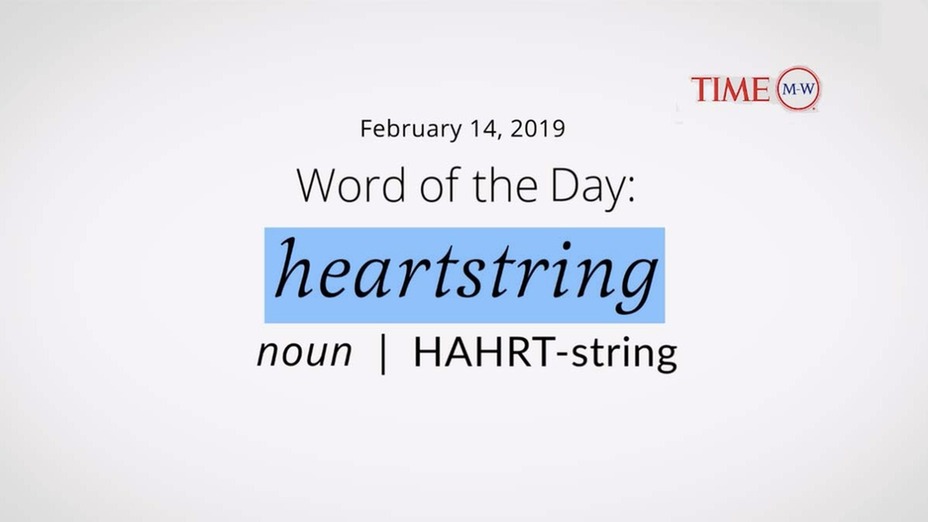 noun - the deepest emotions or affections