: any of several alphabets used by the Germanic peoples from about the 3d to the 13th centuries - called also the runic alphabet

The word "futhark" describes an alphabet originally of 24 and later of some 16 angular characters. It is suspected to be derived from both Latin and Greek and was used for inscriptions and magic signs by the Germanic peoples, and especially by the Scandinavians and Anglo-Saxons, from about the third to the 13th centuries. The spelling "futhark" is from the first six symbols of the runic alphabet: f, u, th, a, r, k. The alphabet did, however, encounter revision of letters over time resulting in the variants "futhorc" and "futhork."

The people used futhark, which was divided into three families of eight signs each.

What is the meaning of the noun "abecedarian"? The answer is ... 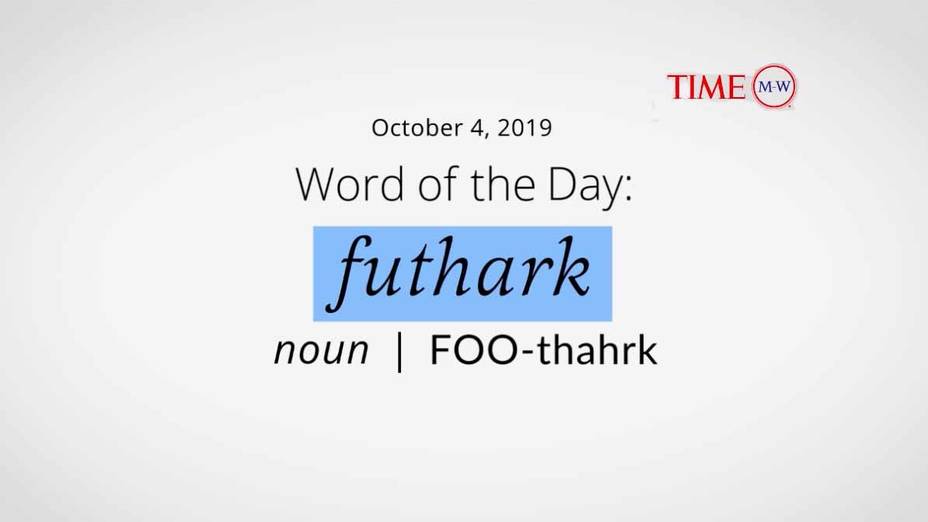