GAMES BROWSE THESAURUS WORD OF THE DAY WORDS AT PLAY SETTINGS
Word of the Day : March 20, 2020

Fusty probably derives from the Middle English word foist, meaning "wine cask," which in turn traces to the Medieval Latin word fustis, meaning "tree trunk" or "wood." So how did fusty end up meaning "old-fashioned"? Originally, it described wine that had gotten stale from sitting in the cask for too long; fusty literally meant that the wine had the "taste of the cask." Eventually any stale food, especially damp or moldy food, was called "fusty." Those damp and moldy connotations were later applied to musty places, and later still to anything that had lost its freshness and interest—that is, to anything old-fashioned.

"She was there as an intermediary to translate the fusty old world of politics to a feisty new generation." — Stephanie Ebbert, The Boston Globe, 13 Jan. 2020

"In a city facing the extinction of that rather prickly creature known as fine dining, it's nice to take a seat at GOMA and get properly coddled. Not, as you might be thinking, in a 1980-something, musty, fusty, rigid kind of way. But it has linen on the table, gorgeous crockery and service that's slick and glossy—almost formal, but not quite." — Tony Harper, The Brisbane (Australia) News, 12 Feb. 2020

Unscramble the letters to create a synonym of fusty meaning "musty": SOYRWF. 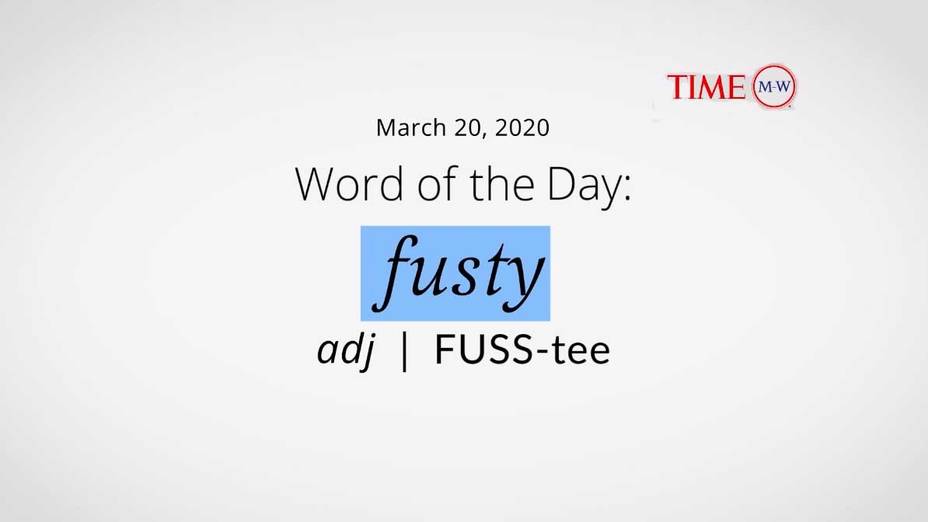