1 : to burn rapidly with intense heat and sparks being given off

2 : to cause to burn in such a manner

Deflagrate combines the Latin verb flagrare, meaning "to burn," with the Latin prefix de-, meaning "down" or "away." Flagrare is also an ancestor of such words as conflagration and flagrant and is distantly related to fulgent and flame. In the field of explosives, deflagrate is used to describe the burning of fuel accelerated by the expansion of gasses under the pressure of containment, which causes the containing vessel to break apart. In comparison, the term detonate (from the Latin tonare, meaning "to thunder") refers to an instant, violent explosion that results when shock waves pass through molecules and displace them at supersonic speed. Deflagrate has been making sparks in English since about 1727, and detonate burst onto the scene a couple of years later.

The city has banned fireworks and similar devices that deflagrate when lit.

"'It wasn't a pipe bomb, it was a destructive device,' [Gage County Chief Deputy] Klaus said. 'It was poorly constructed and it actually just deflagrated, it didn't explode. It just burned at a rapid rate.'" - Luke Nichols, Beatrice (Nebraska) Daily Sun, June 9, 2010

What 5-letter noun begins with "f," descends from Latin flagrare (meaning "to burn"), and refers to someone's talent or style? The answer is … 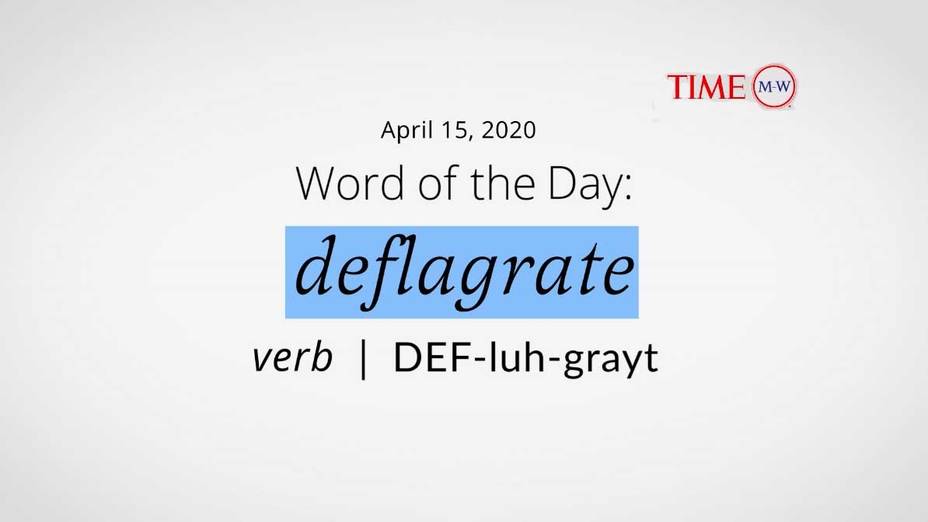 verb - to burn or cause to burn rapidly