GAMES BROWSE THESAURUS WORD OF THE DAY WORDS AT PLAY SETTINGS
Word of the Day : February 14, 2020

2 not capitalized : a figure that represents Cupid as a naked usually winged boy often holding a bow and arrow

According to Roman mythology, Cupid was the son of Mercury, the messenger god, and Venus, the goddess of love. In Roman times, the winged "messenger of love" was sometimes depicted in armor, but no one is sure if that was intended as a sarcastic comment on the similarities between warfare and romance, or a reminder that love conquers all. Cupid was generally seen as a good spirit who brought happiness to all, but his matchmaking could cause mischief. Venus wasn't above using her son's power to get revenge on her rivals, and she once plotted to have the beautiful mortal Psyche fall in love with a despicable man. But the plan backfired: Cupid fell in love with Psyche, and she eventually became his immortal wife.

I purchased a large Valentine's Day card decorated with hearts and cupids. 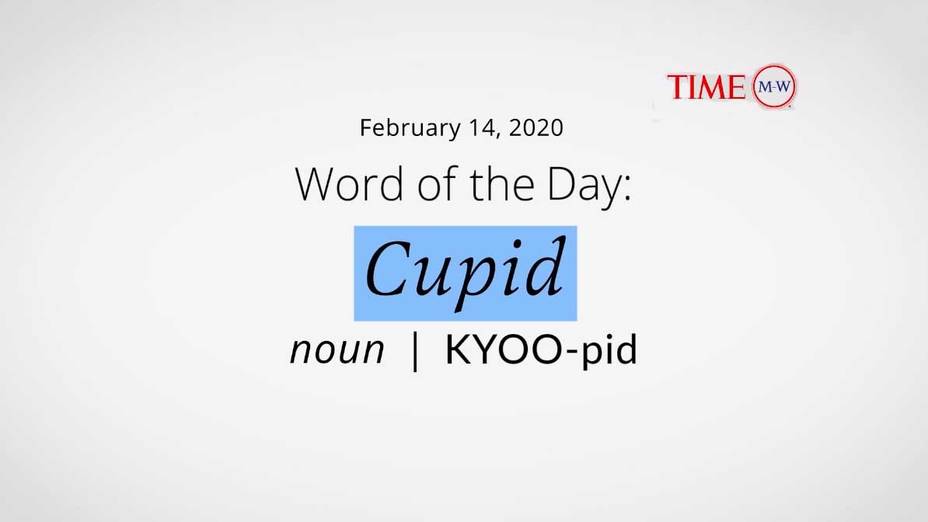 noun - the Roman god of love