GAMES BROWSE THESAURUS WORD OF THE DAY WORDS AT PLAY SETTINGS
Word of the Day : October 21, 2019

3 : to include especially within a particular scope

Comprise has undergone a substantial shift in usage since first appearing in English in the 15th century. For many years, grammarians insisted that the usage of comprise meaning "to be made up of," as in phrases like "a team comprising nine players," was correct, and that comprise meaning "to make up," as in phrases like "the nine players who comprise the team," was not. This disputed use is most common in the passive construction "to be comprised of," as in "a team comprised of nine players." Until relatively recently, this less-favored sense appeared mostly in scientific writing, but current evidence shows that it is now somewhat more common in general use than the word's other meanings.

The city developers' plans include a massive recreational complex that comprises a concert hall, four restaurants, two hotels, and a theater.

"He said the city's commission, currently comprised of three members but set up for five, is supposed to meet monthly but usually convenes only in times of need, which is rare." — Kevin Duffy, The Morning Call, 29 Aug. 2019 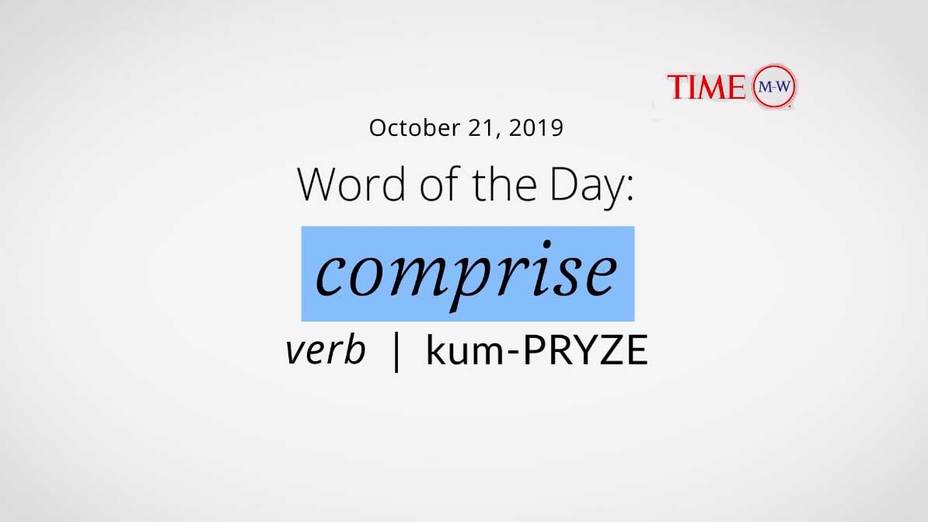