GAMES BROWSE THESAURUS WORD OF THE DAY WORDS AT PLAY SETTINGS
Word of the Day : September 24, 2019

2 : based on or involving an axiom or system of axioms

An axiom is a principle widely accepted on the basis of its intrinsic merit, or one regarded as self-evidently true. A statement that is axiomatic, therefore, is one against which few people would argue. Axiomatic entered English from Middle Greek axiōmatikos, and axiom derived, via Latin, from Greek axiōma ("something worthy") and axios ("worthy"). The word axiom can also refer to a statement accepted as true as the basis for argument or inference. Such axioms are often employed in discussions of philosophy, as well as in mathematics and geometry, where they are sometimes called postulates.

"It's axiomatic that intellectuals like to deal with ideas. Ideas are to the intellectual what paint is to the painter and stone is to the mason." — Jonah Goldberg, The Baltimore Sun, 10 June 2019

"Value of life? How could I answer the question on the spur of the moment? The sacredness of life I had accepted as axiomatic. That it was intrinsically valuable was a truism I had never questioned." — Jack London, The Sea-Wolf, 1904

Fill in the blanks to complete a synonym of axiomatic meaning "taken for granted": a _ s _ m _ _. 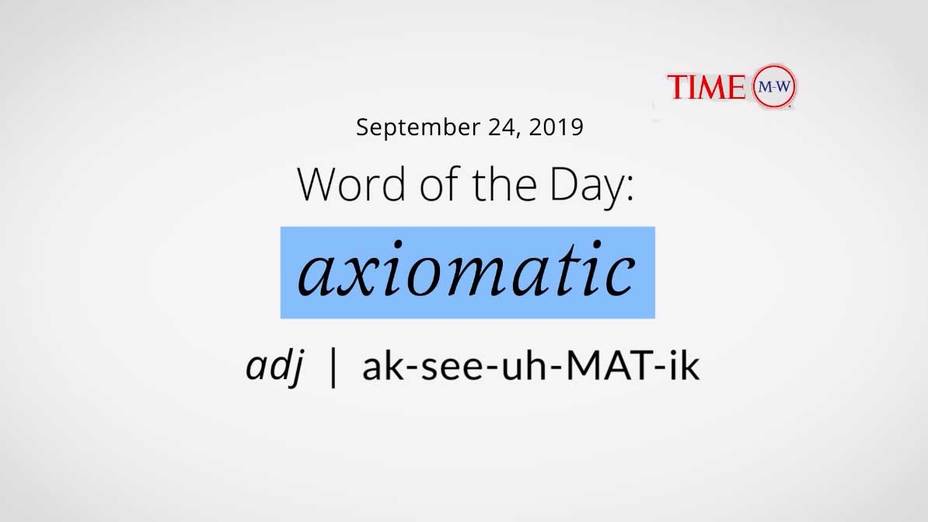