1 : to foretell especially from omens

Auguring is what augurs did in ancient Rome. Augurs were official diviners whose function it was not to foretell the future, but to divine whether the gods approved of a proposed undertaking, such as a military move. They did so by various means, among them observing the behavior of birds and examining the entrails of sacrificed animals. Nowadays, the foretell sense of the verb is often used with an adverb, such as well. Augur comes from Latin and is related to the Latin verb augēre, meaning "to increase."

"The new discovery should provide insight into the elusive origins of the strange bright signals, and augurs a dawning era in which they will be found and studied by the thousands." — Nola Taylor Redd, Scientific American, 13 Aug. 2018 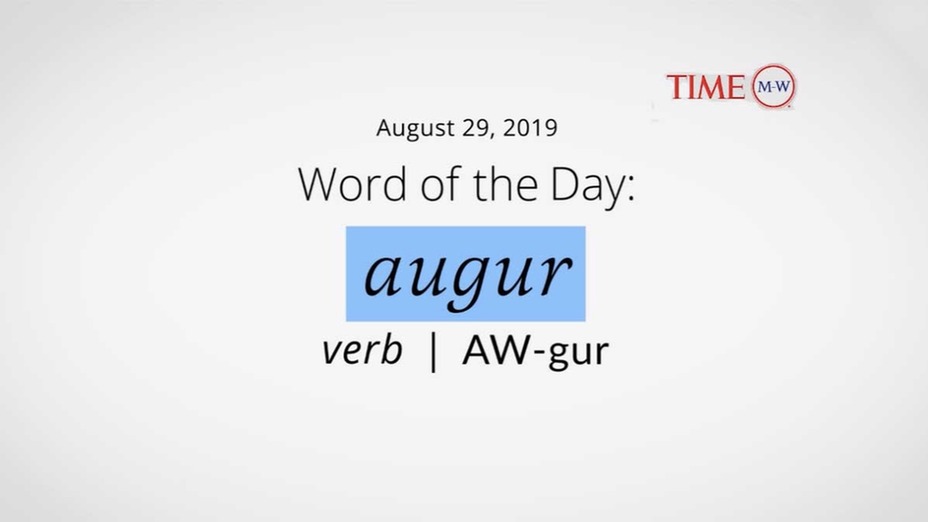 verb - to foretell especially from omens