GAMES BROWSE THESAURUS WORD OF THE DAY WORDS AT PLAY SETTINGS
Word of the Day : December 18, 2019

"If you know aught which does behove my knowledge / Thereof to be inform'd, imprison't not / In ignorant concealment," Polixenes begs Camillo in William Shakespeare's The Winter's Tale, employing the "anything" sense of aught. Shakespeare didn't coin the pronoun aught, which has been a part of the English language since before the 12th century, but he did put it to frequent use. Writers today may be less likely to use aught than were their literary predecessors, but the pronoun does continue to turn up occasionally. Aught can also be a noun meaning "zero," and "the aughts" is heard occasionally for the decade at the beginning of a century (say, 1900-1909 or 2000-2009) in which the penultimate digit is a zero.

"All the ways into this grot were then sealed against the entry of water or aught else, all save one." — J. R. R. Tolkien, The Two Towers, 1954

What is the meaning of wherefore in Shakespeare's Juliet's famous line, "O Romeo, Romeo, wherefore art thou Romeo"? 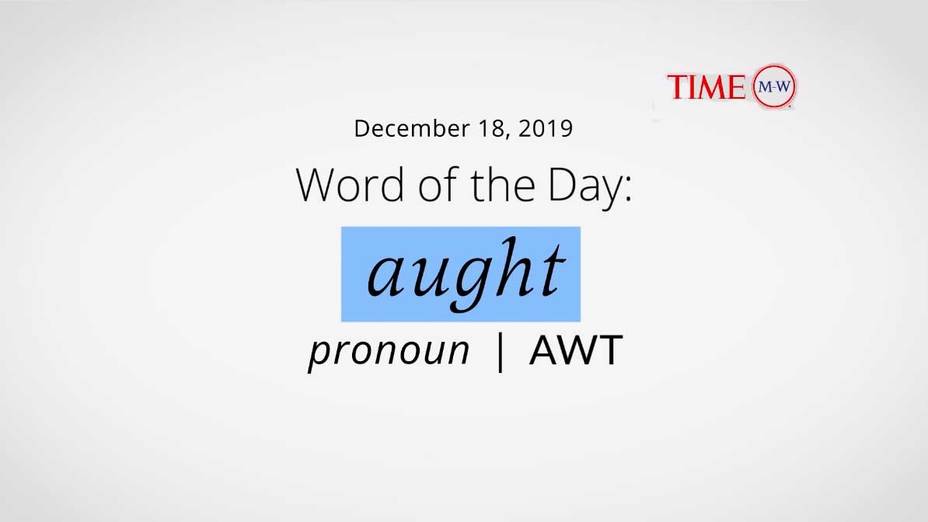 pronoun - anything or everything