GAMES BROWSE THESAURUS WORD OF THE DAY WORDS AT PLAY SETTINGS
Word of the Day : March 4, 2020

Albeit dates to the 14th century and comes from a Middle English word meaning, literally, "all (or completely) though it be." Its heritage is clear in its pronunciation, which is as though it were three words instead of one: all, be, it. In the early 20th century, albeit was accused of being archaic. That descriptor was never quite accurate; the word had mostly been holding steady at "not-terribly-common" since at least the mid-18th century. When albeit began to see a marked increase in use in the mid-20th century, several usage commentators proclaimed that it was making a comeback, and its "archaic" descriptor was fully recognized as no longer apt.

Kara's big break as an actress came in a big-budget Academy Award-nominated movie, albeit in a minor role where she played a hotel clerk.

"He admitted hitting a home run at Wrigley was 'a dream come true,' albeit with a big twist. Originally the dream had him wearing a Cubs uniform." — Paul Sullivan, The Chicago Tribune, 19 June 2019 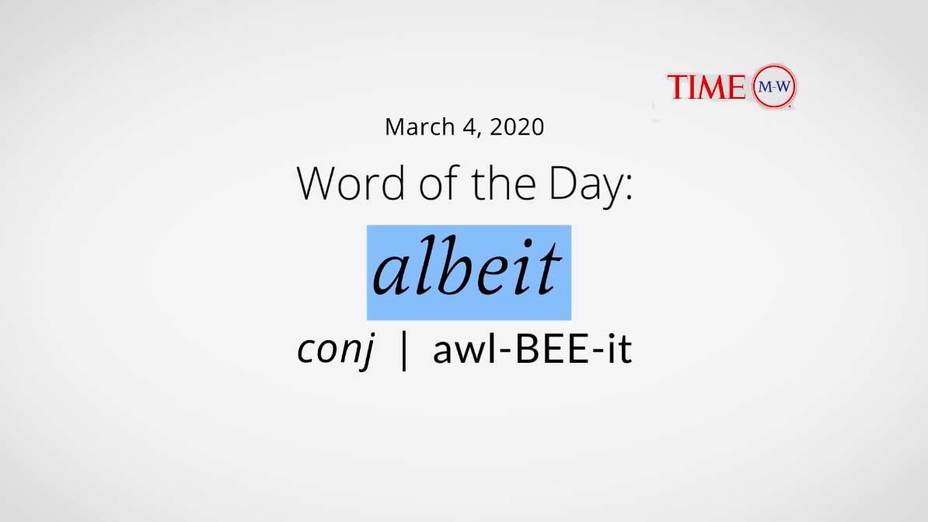 conj - although or even though