1 a : a mark of acknowledgment : award

b : an expression of praise

2 a : a ceremonial embrace

b : a ceremony or salute conferring knighthood

3 : a brace or a line used in music to join two or more staffs carrying simultaneous parts

Accolade was borrowed into English in the 16th century from French. The French noun, in turn, derives from the verb accoler, which means "to embrace," and ultimately from the Latin term collum, meaning "neck." (Collum is also an ancestor of the English word collar.) When it was first borrowed from French, accolade referred to a ceremonial embrace that once marked the conferring of knighthood. The term was later extended to any ceremony conferring knighthood (such as the more familiar tapping on the shoulders with the flat part of a sword's blade), and eventually extended to honors or awards in general.

"Black Panther has become the No. 1 movie of the year in North America ($700 million) and No. 2 worldwide ($1.35 billion) and has earned a slew of accolades including Critics' Choice, Golden Globe and SAG Award nominations." — Joi Childs, Hollywoodreporter.com, 7 Jan. 2019

"One by one, members around the table gave accolades to Smedley for his assistance over the years in a number of areas, including grant writing, training and community events." — Linda Hall, The Daily Record (Wooster, Ohio), 8 Feb. 2017

What is the meaning of the French borrowing décolleté (which is ultimately derived from Latin collum, "neck")? 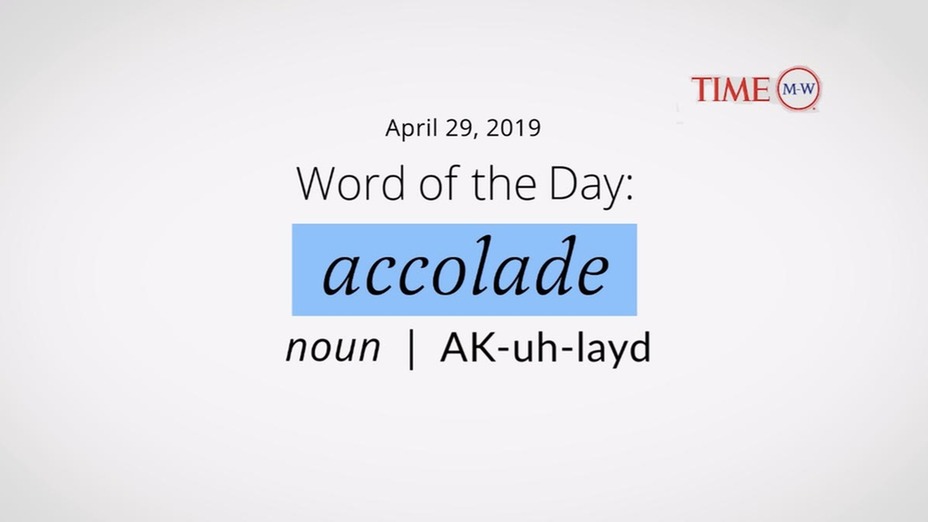 noun - an award or expression of praise