: a decisive or final defeat or setback a political waterloo

Definition of Waterloo (Entry 2 of 2)

Note: In June 1815, a battle near Waterloo resulted in the decisive defeat of French Emperor Napoléon I.

The Battle of Waterloo, which occurred on June 18, 1815, has given its name to the very notion of final defeat. Why? Maybe because it ended one of the most spectacular military careers in history (Napoleon's), as well as 23 years of recurrent conflict between France and the rest of Europe. In addition, it was Napoleon's second "final defeat." He was defeated and exiled in 1814, but he escaped his confinement, returned to France, and was restored to power for three months before meeting defeat at the hands of the forces allied under the Duke of Wellington near the Belgian village of Waterloo. The word waterloo first appeared in casual use the following year, 1816.

Examples of waterloo in a Sentence

Recent Examples on the Web: Noun The waterloo arrived in 1930, with the Smoot-Hawley tariff. — Jay Cost, National Review, "Congress Should Fix Itself before Reclaiming Its Power," 14 June 2019

These example sentences are selected automatically from various online news sources to reflect current usage of the word 'waterloo.' Views expressed in the examples do not represent the opinion of Merriam-Webster or its editors. Send us feedback.

First Known Use of waterloo

History and Etymology for waterloo

The first known use of waterloo was in 1816

Listen to Our Podcast about waterloo 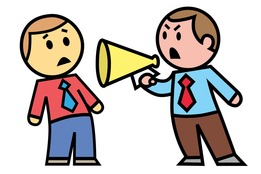 More from Merriam-Webster on waterloo

What made you want to look up waterloo? Please tell us where you read or heard it (including the quote, if possible).