also  -təz
1
: a systematic exposition or argument in writing including a methodical discussion of the facts and principles involved and conclusions reached
a treatise on higher education
2
obsolete : account, tale

Recent Examples on the Web The 92-page treatise — available at workforce.org — is to be discussed in detail during a free symposium at San Diego Central Library on Aug. 23.

Paul Sisson, San Diego Union-Tribune, 14 Aug. 2022 Though the treatise has not survived, Roman copies of Polykleitos’ sculpture live on.

Jane Recker, Smithsonian Magazine, 25 May 2022 The 1644 treatise takes its peculiar name from the Areopagus, a rocky mount just below the Acropolis in Athens.

John J. Miller, WSJ, 6 May 2022 The year after that, events in Washington transformed the atlas from an academic treatise to an economic playbook.

Wired, 29 July 2022 And in my view, nothing can stall creative momentum like a 340-page treatise about compliance.

Ryan Blanch, Forbes, 11 July 2022 An antiquarian named William Camden recorded the existence of the ruins in a 1586 treatise.

Juan A. Ramírez, Vogue, 14 June 2022 This tiny New York show reveals Guyton both transcending and perpetuating the legend of Heidelberg, and solidifying 2+2=8 as an artistic treatise.

These example sentences are selected automatically from various online news sources to reflect current usage of the word 'treatise.' Views expressed in the examples do not represent the opinion of Merriam-Webster or its editors. Send us feedback. 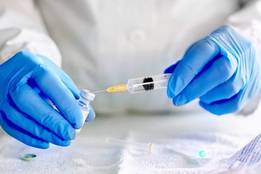 More from Merriam-Webster on treatise

Thesaurus: All synonyms and antonyms for treatise