thirstier; thirstiest
1
a
: feeling thirst
hungry and thirsty
b
: deficient in moisture : parched
thirsty land/soil
c
: highly absorbent
thirsty towels
d
: causing thirst
thirsty work
2
a
: having a strong desire for something : avid
thirsty for knowledge
b
informal : feeling or showing a strong desire for attention, approval, or publicity (as on social media)
… the brands did what was inevitable: They began to tweet about the question, hoping to grab some of that attention for their own. For a thirsty brand, the only thing better than April Fools' Day is a hugely viral meme.

The salty food was making her thirsty. struggling to survive in that hot and thirsty climate
Recent Examples on the Web For the first phase of the two-phase project, covering about 17,000 square feet, Gold’s team removed about 13,000 square feet of thirsty lawn around the house, which sits atop a rise.

Nicole Sours Larson, San Diego Union-Tribune, 19 Nov. 2022 But thirsty supporters tend to drink in pubs near the stadiums until minutes before kickoff, and then sneak in another pint or two at halftime, since drinking is permitted on the stadium concourses.

Joshua Robinson, WSJ, 18 Nov. 2022 But increasing droughts across the country are threatening the thirsty industry as residents, afflicted with water shortages, protest against industrial water use.

Eamon Barrett, Fortune, 16 Nov. 2022 Unlike Tree-of-Heaven roots, Johnson grass does little to prevent erosion, so landowners planted invasive Arundo, a giant reed similar to bamboo that has its own, larger thirsty straws, to try to hold everything in place.

Joan Meiners, The Arizona Republic, 16 Nov. 2022 It’s all of you thirsty heathens who want so many tickets.

Andy Meek, BGR, 15 Nov. 2022 Herbert stood in the middle of the end zone to take the shotgun snap, facing an opponent smelling blood and surrounded by a thirsty Levi’s Stadium crowd.

Sibi Arasu, ajc, 12 Nov. 2022 For the love of God, leave the Sweeney cousins out of your thirsty tweets.

These example sentences are selected automatically from various online news sources to reflect current usage of the word 'thirsty.' Views expressed in the examples do not represent the opinion of Merriam-Webster or its editors. Send us feedback. 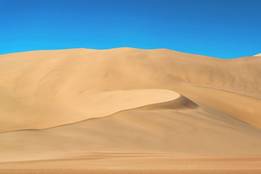 More from Merriam-Webster on thirsty