1a : a woman who becomes pregnant by artificial insemination or by implantation of a fertilized egg created by in vitro fertilization for the purpose of carrying the fetus to term for another person or persons Live births by surrogate mothers were up more than 160 percent from 2004 to 2013, to 1,939, according to the American Society for Reproductive Medicine.— Michael Ollove A surrogate mother has given birth to quadruplets, who will be raised by their natural father and his male domestic partner. — Associated Press Evidence suggests that US military wives are increasingly targeted as desirable surrogate mothers; they are generally low to-middle-income, stay-at-home mothers with high-quality, government-sponsored health care and few employment options of their own …— Natalie Fixmer-Oraiz
b : a female animal that is impregnated (as by embryo transfer or artificial insemination) in order to bear young in place of another animal Farmers administer fertility drugs to prize cows and then artificially inseminate them. A week later, experts flush out fertilized embryos and freeze them until they're sold for implantation in surrogate mothers.— Janet Raloff The mare was only a surrogate mother; the zebra embryo, fertilized normally a year ago Wednesday, was implanted in the mare's womb last May by Dr. Bill Foster …. This was the first known instance of a horse giving birth to a full-blooded zebra, according to zoo officials. — The New York Times
2 : one who acts or serves as a substitute mother In Gimme a Break! in the early 1980s, Nell Carter played a live-in housekeeper to a widowed white police officer (Dolph Sweet), and became essentially a surrogate mother to his children.— John McWhorter Typically, Nick managed to attract the sympathy of a surrogate mother—albeit a crusty one. When he showed up on the Solution set an hour late, [Katherine] Hepburn … gave him a lecture.— Michelle Green Part of the credit for their success goes to a large stuffed Snoopy dog, which became the young chick's surrogate mother, says Frank Todd, corporate curator of birds at Sea World. Emperor chicks in the wild nestle on the feet of their mothers, and researchers had reasoned that the toy animal would provide similar security. — National Wildlife
Other Words from surrogate mother More Example Sentences Learn More About surrogate mother

Examples of surrogate mother in a Sentence

Recent Examples on the Web The pup was taken to Monterey Bay Aquarium, where staff tried to pair him with a surrogate mother, but were unsuccessful. — Summer Lin, Los Angeles Times, 4 Aug. 2022 She was introduced to the herd in May, at first staying in a shelter known as a boma with giraffe calf Nuru and adult Yamikani, who became her surrogate mother. — San Diego Union-Tribune, 15 July 2022 In November 2021, the month before a surrogate mother delivered his second child with Canadian musician Grimes, Elon Musk became father to twins, a report from Insider has revealed. — Annalisa Merelli, Quartz, 7 July 2022 Somewhat shockingly, then, Cho’s role — the surrogate mother whose house the 30ish gay friends stay at — was originally written for a man. — Inkoo Kang, Washington Post, 7 June 2022 Ania, 26, who has two children of her own, is pregnant as a surrogate mother for the second time. — New York Times, 12 Mar. 2022 Ermengarde, the school dunce, Lottie, the school crybaby, and Becky, the scullery maid, quickly find a defender, surrogate mother, and friend in Sara. — Sarah Schutte, National Review, 13 Mar. 2022 Now, that surrogate mother is trapped in a maternity ward in a city in Russia’s crosshairs. — Isabel Coles, WSJ, 12 Mar. 2022 Under protocols set by the surrogacy agency, Adonis Fertility International, the surrogate mother is not supposed to contact the intended parents or get attached to the babies, the couple said. — Washington Post, 27 Feb. 2022 See More

These example sentences are selected automatically from various online news sources to reflect current usage of the word 'surrogate mother.' Views expressed in the examples do not represent the opinion of Merriam-Webster or its editors. Send us feedback.

First Known Use of surrogate mother

The first known use of surrogate mother was in 1912 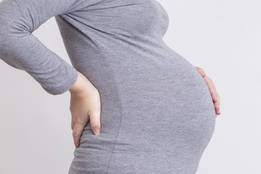 Trending: Kim and Kanye Hired a...

From TMZ to the dictionary.

: a woman who becomes pregnant by artificial insemination or by implantation of a fertilized egg created by in vitro fertilization for the purpose of carrying the fetus to term for another person or persons

: a woman who becomes pregnant usually by artificial insemination or surgical implantation of a fertilized egg for the purpose of carrying the fetus to term for another woman

More from Merriam-Webster on surrogate mother