US politics
: a person who is chosen as a delegate to a political party's presidential nominating convention because of his or her status as a leader or official within the party and who is free to vote for any candidate regardless of the results of the popular vote in primary elections and caucuses preceding the convention Superdelegates were invented by the Democrats after the 1980 election in the expectation that in any future close nomination race, they would line up behind the establishment candidate and head off the possibility of a ruinous floor fight at the convention.— Matt Bai

Examples of superdelegate in a Sentence

Recent Examples on the Web Biden has already won the backing of 104 superdelegates, and more are lining up behind his candidacy every day. — Susan Ferrechio, Washington Examiner, 5 Mar. 2020 There are 41 pledged delegates up for grabs in the Democratic race, plus an additional eight unpledged (superdelegates) from Iowa. — NBC News, 3 Feb. 2020 That means that there’s a second round of voting with unpledged superdelegates to help determine the nominee. — Nicole Goodkind, Fortune, 18 Mar. 2020 The party stripped superdelegates of a significant share off their power, giving them no more influence than others at the party’s nominating convention unless a first-round vote failed to provide a clear answer. — NBC News, 1 Feb. 2020 In 2016, Trump also tried to tap into the anger of Sanders' voters who felt the Democratic National Committee and superdelegates rigged the system in former Secretary of State Hillary Clinton's favor. — William Cummings, USA TODAY, 22 Jan. 2020 Remember the secret stash of 50 superdelegates that Barack Obama was supposed to roll out after his March 4 losses to Hillary Clinton in Texas and Ohio? — Newsweek, 14 Mar. 2018 Sanders is backed by just 25 superdelegates, and very few of them are recent pledges. — Susan Ferrechio, Washington Examiner, 5 Mar. 2020 But, at the end of the day, the responsibility that superdelegates have is to decide what is best for this country and what is best for the Democratic Party. — ABC News, 1 Mar. 2020 See More

These example sentences are selected automatically from various online news sources to reflect current usage of the word 'superdelegate.' Views expressed in the examples do not represent the opinion of Merriam-Webster or its editors. Send us feedback.

First Known Use of superdelegate

1983, in the meaning defined above

The first known use of superdelegate was in 1983 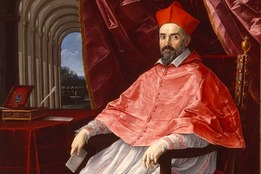 Where Does the Word 'Delegate' Come...

Where Does the Word 'Delegate' Come From?

From 'ambassador' to 'a representative to a convention or conference'

More from Merriam-Webster on superdelegate