: an instrument for dispersing radiation (such as electromagnetic radiation or sound waves) into a spectrum and recording or mapping the spectrum
spectrographic
ˌspek-t(r)ə-ˈgra-fik

Recent Examples on the Web Each of those boxes sends light to a spectrograph, which breaks the light apart by wavelength to get information such as composition and motion, including speed and direction. —

Discover Magazine, 15 Aug. 2017 Among other instruments, the researchers used the HARPS spectrograph at the European Southern Observatory’s 3.6-meter telescope in Chile, to observe and measure these gravitational effect of the planet on a Barnard’s Star. —

Chelsea Gohd, Discover Magazine, 14 Nov. 2018 The second key ability provided by a spectrograph is the tracking of the motion materials. —

John Timmer, Ars Technica, 24 Oct. 2022 The spectrograph detected telltale signs of water vapor in the form of clouds and haze. —

Los Angeles Times, 12 July 2022 One of them, called MUSE, will launch a novel spectrograph—a sensor that allows scientists to carefully analyze the properties of light generated by the sun—with the ability to take longer exposures over a wider field of view. —

Tim Fernholz, Quartz, 16 Feb. 2022 The researchers were able to study it using the HARPS spectrograph at the La Silla Observatory. —

Joshua Hawkins, BGR, 1 Feb. 2022 My daughter, Starling, looked so small in my viewfinder, struggling under the weight of her spectrograph. —

These example sentences are selected automatically from various online news sources to reflect current usage of the word 'spectrograph.' Views expressed in the examples do not represent the opinion of Merriam-Webster or its editors. Send us feedback. 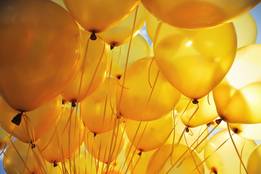 : an instrument for spreading radiation (as of light or sound) into a spectrum and photographing or mapping the spectrum

: an instrument for dispersing radiation (as electromagnetic radiation or sound waves) into a spectrum and photographing or mapping the spectrum
spectrographic
ˌspek-t(r)ə-ˈgraf-ik

More from Merriam-Webster on spectrograph