: a group of leaders of a parliamentary opposition who constitute the probable membership of the cabinet when their party is returned to power

Recent Examples on the Web Members of its shadow cabinet are in hiding inside Myanmar and in exile.

Joe Mayes, Bloomberg.com, 21 Oct. 2020 Labour shadow cabinet member David Lammy told the BBC that the government needs to ensure its track and trace testing regime is in order by then to ensure students can travel across the country.

Alex Morales, Bloomberg.com, 27 Sep. 2020 The shadow cabinet is used to refer to the senior group of opposition MPs who take on policy areas that correspond to the government’s cabinet.

Stuart Biggs, Bloomberg.com, 10 May 2020 Where Corbyn had to select a shadow cabinet from a narrow pool of hard-core socialists and party loyalists, Starmer has been able to gather his team from across the party.

Helen Lewis, The Atlantic, 9 Apr. 2020 After Brits narrowly voted to depart the EU, a mass exodus from Corbyn’s shadow cabinet ensued, and Labour lawmakers brought a no-confidence motion against him.

Adam Rasmi, Quartz, 3 Apr. 2020 Speaking on the sidelines of the conference, however, many Labour MPs and members of the shadow Cabinet were reluctant to burst the bubble.

These example sentences are selected automatically from various online news sources to reflect current usage of the word 'shadow cabinet.' Views expressed in the examples do not represent the opinion of Merriam-Webster or its editors. Send us feedback.

1906, in the meaning defined above 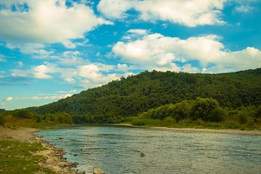 The words that defined the week ending June 18th, 2021