ˈsīs-
: an apparatus to measure and record vibrations within the earth and of the ground
seismographer
sīz-ˈmä-grə-fər

Recent Examples on the Web On Mars, there's only a single seismograph for the entire planet.

John Timmer, Ars Technica, 27 Oct. 2022 How has industry and the corporation adjusted to all of these tectonic shifts in the executive seismograph?

Alka Tripathy-lang, Ars Technica, 12 Mar. 2022 As the emotional seismograph measuring America’s descent into a second civil war skips and jumps wildly every day, Gang of Four are uniquely qualified to chronicle the proceedings.

Jason Pettigrew, SPIN, 3 Mar. 2022 For the most part quakes that register 2.5 magnitude or less go unnoticed and are only recorded by a seismograph.

al, 30 Dec. 2021 Not long after, in the early 1980s, Grossmann and the French geophysicist Jean Morlet began using techniques from quantum mechanics to study seismic traces, the wavy curves plotted by a seismograph.

New York Times, 14 Sep. 2021 Imagine a seismograph, but one that records the movement of water rather than of earth.

Eric Niiler, Wired, 8 Mar. 2021 During the Apollo 11 moon landing, coated cable manufactured by the company was used to attach a seismograph to the lunar lander.

These example sentences are selected automatically from various online news sources to reflect current usage of the word 'seismograph.' Views expressed in the examples do not represent the opinion of Merriam-Webster or its editors. Send us feedback.

1858, in the meaning defined above 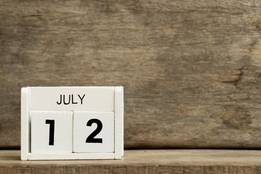 ˈsīs-
: a device to measure and record vibrations of the earth
seismographic
ˌsīz-mə-ˈgraf-ik

More from Merriam-Webster on seismograph