-bət
plural robots
1
: a machine that resembles a living creature in being capable of moving independently (as by walking or rolling on wheels) and performing complex actions (such as grasping and moving objects)
When the next space launch heads for Mars, on board will be dozens of tiny mobile robots that will fan out across the Martian landscape, exploring every nook and cranny.—

Michael Bowker
often : such a machine built to resemble a human being or animal in appearance and behavior
While science fiction robots have been capable of independent thought, emotions, even a little cooking and sewing, scientists are finding that endowing a mechanical being with even the most basic human functions is a monumental challenge. —

Greg Freiherr
As a sign of the times, paleontologists themselves have taken to … designing dinosaur robots and displays … —

Malcolm W. Browne
—often used before another noun
a robot dog a robot servant
compare android, bot entry 1
2
a
: a device that automatically performs complicated, often repetitive tasks (as in an industrial assembly line)
the use of robots in car manufacturing
… factories run by robots producing many replicas of one product.—

Morris Philipson
—often used before another noun
For fluid applications, especially in the automotive industry, the robot arm must have extremely flexible movement.—

Harry H. Poole
b
: a mechanism guided by automatic controls
a robot airplane
3
: a person who resembles a machine in seeming to function automatically or in lacking normal feelings or emotions
… seems to believe that professors are robots, students are superficial, grade-hungry receptacles …—

The cars are assembled by robots.
Recent Examples on the Web Team Berrybotics in the Solana Beach School District recently won first place in robot performance, as well as the champion award, advancing them to the regional level of the FIRST Lego League competition. —

Scott Kirsner, BostonGlobe.com, 27 Jan. 2023 HiPhi, another Chinese IEV brand, develops robot cars for customers to program and interact with, such that a user can make the car dance or play a musical show. —

Shaoshan Liu, Forbes, 27 Jan. 2023 Paul Smith's plethora of cufflinks is a hoot and a half: from the robot-shaped and the paperclip-shaped to the ones that resemble a plane, a spinning globe, a bottle of champagne, or a hot dog... —

WIRED, 26 Jan. 2023 But Peretti, sitting in his California home in late December, started probing how the developing robot writing technology could quickly be infused into the very DNA of BuzzFeed. — 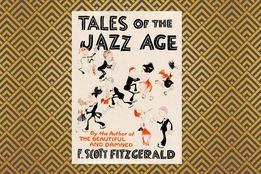 1
a
: a machine that looks and acts like a human being
b
: a capable but unfeeling person
2
: a device that automatically performs tasks that are complicated and often continuously repeated
robotic
rō-ˈbät-ik
adjective
robotically
-i-k(ə-)lē
adverb