1a transitive + intransitive : to shut down and restart (a computer or program) … the annoyance of having to reboot the computer to switch operating systems …— Robert Weston If anything ever happens to the original drive, you can reboot using the cloned drive and be up and running in minutes.— Dan Frakes
b intransitive : to start up again after closing or shutting down : to boot up again waiting for a computer/program to reboot
2a transitive : to start (something) anew : to refresh (something) by making a new start or creating a new version It's probably not an overstatement to say Sandberg is embarking on the most ambitious mission to reboot feminism and reframe discussions of gender since the launch of Ms. magazine in 1971.— Belinda Luscombe reboot an old TV series
b intransitive : to start anew : to make a fresh start The interior designer's heart was telling her to reboot and downsize …— Susan Heeger

Definition of reboot (Entry 2 of 2)

1 : the act or an instance of shutting down and restarting something (such as a computer or program) In a few cases, errors cause a headlong exit to DOS or the software ceases to operate, requiring a reboot.— George F. Hepner
2 : the act or an instance of starting (something) anew or making a fresh start In a massive reboot last fall, all 200 rooms were done up in geometric rugs and curvy leather headboards.— Jen Murphy

Examples of reboot in a Sentence

Recent Examples on the Web: Verb So when Takara Tomy came to reboot the Diaclone toyline, the Waruder came along as well. — Ollie Barder, Forbes, 26 Oct. 2021 Intermittent fasting was shown to help reboot the immune system by more quickly creating new and effective immune cells to replace those destroyed by cancer therapy. — Bryant Stamford, The Courier-Journal, 25 Aug. 2022 In February, the group behind Orion, tvg hospitality, announced plans to reboot shuttered local spot A.M. Booth’s Lumberyard as a 350-capacity room, called Meridian Social Club. — Matt Wake | Mwake@al.com, al, 22 Aug. 2022 Because of their membership in the most elite fraternity on the planet, ex-Presidents enjoy an almost unrivaled power to reboot their stories. — Philip Elliott, Time, 5 Apr. 2022 Poking fun at the TV industry’s growing inclination to reboot hit shows from the past, the series centers on an early 2000s family sitcom that is rebooted by Hulu, forcing its dysfunctional cast back together. — Ethan Shanfeld, Variety, 23 Aug. 2022 BHP Group, the world’s biggest miner, unveiled a record profit on gains in prices of commodities from coal to nickel, and offered some optimism on Beijing’s efforts to reboot Chinese growth and stabilize the ailing property sector. — Bloomberg.com, 16 Aug. 2022 Yet, Zawahiri’s death also presents al-Qaeda with an opportunity to reboot, and perhaps to evolve, experts said on Tuesday. — Souad Mekhennet, Washington Post, 2 Aug. 2022 The leadership decided to use the opportunity to reboot Conti’s operations by deploying its ransomware simultaneously to health care organizations that were buckling under the strain of a global pandemic. — Dan Goodin, Ars Technica, 2 Mar. 2022 See More

These example sentences are selected automatically from various online news sources to reflect current usage of the word 'reboot.' Views expressed in the examples do not represent the opinion of Merriam-Webster or its editors. Send us feedback.

First Known Use of reboot

The first known use of reboot was in 1971 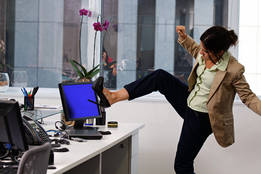 Does This Common Computer Term Actually...

If you're staring down the blue screen of death, pull yourself up by your bootstraps

More from Merriam-Webster on reboot