1
: the amount of precipitation usually measured by the depth in inches
2
: rain sense 2a

This area has an average annual rainfall of 12 inches. an increase in annual rainfall
Recent Examples on the Web The record rainfall, brought on by a series of atmospheric rivers, may not be enough to officially end the state’s long dry spell. —

Reis Thebault, Washington Post, 21 Jan. 2023 But the storms also improved drought conditions across the state — with many areas seeing record rainfall — though experts warn California is far from ending its years-long drought. —

Los Angeles Times, 20 Jan. 2023 The president traveled to Santa Clara and Santa Cruz counties Thursday to tour damage from the storms that pummeled the region with record rainfall and high-speed winds for the better part of two weeks. —

Dustin Gardiner, San Francisco Chronicle, 19 Jan. 2023 Los Angles experienced record rainfall for the date, reported CBS Los Angeles, with the 1.82 inches of rain downtown Saturday and 1.53 inches at LAX the most since 1978. —

CBS News, 15 Jan. 2023 Record rainfall sets the stage Over 15 million people are under flood watches across much of California ahead of this atmospheric river event which could bring several more inches of rain to the state through Tuesday. —

The Arizona Republic, 2 Jan. 2023 After 67 straight days without measurable rain at DFW International Airport, August brought a record rainfall of 10.68 inches, according to the weather service. —

Dallas News, 27 Dec. 2022 Cars were barely visible under several feet of turgid stormwater, as record rainfall fell on the city. —

These example sentences are selected automatically from various online news sources to reflect current usage of the word 'rainfall.' Views expressed in the examples do not represent the opinion of Merriam-Webster or its editors. Send us feedback. 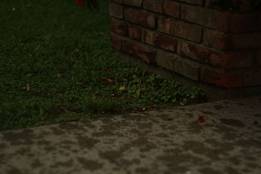 1
: a fall of rain
2
: amount of precipitation
an annual rainfall of 20 inches

More from Merriam-Webster on rainfall