the robbers who made off with nearly a half million pounds will likely spend a good long time in quod
Recent Examples on the Web The end of the poem reads, quod amantem iniuria talis / cogit amare magis, sed bene velle minus.

These example sentences are selected automatically from various online news sources to reflect current usage of the word 'quod.' Views expressed in the examples do not represent the opinion of Merriam-Webster or its editors. Send us feedback.

circa 1700, in the meaning defined above 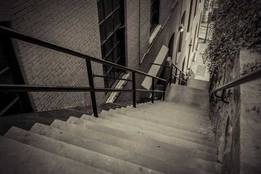