: an Asian dish served as an appetizer or main course and consisting of a variety of foods (such as egg rolls, spareribs, and fried shrimp)
pupu platter

San Diego Union-Tribune, 20 July 2022 The easy critique is to label Naugles a culinary retcon that deserves to stay in the graveyard of bad restaurant ideas, like Sambo's and pupu platters. —

These example sentences are selected automatically from various online news sources to reflect current usage of the word 'pupu.' Views expressed in the examples do not represent the opinion of Merriam-Webster or its editors. Send us feedback. 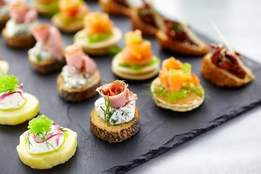