: a transparent acrylic plastic often used in place of glass

Recent Examples on the Web Senior citizens settled on folding chairs set behind plexiglass shields and checked folks in and gave them their ballots.

Robin Givhan, Washington Post, 8 Nov. 2022 Surrounded by 2,000 small cutouts of more dead elephants, meticulously glued down, they were covered with plexiglass—so visitors could walk across the carcasses of the creatures.

Town & Country, 1 Oct. 2022 In the next several months, the facade on her corner property will be improved and the plexiglass partitions on the inside will go away.

Jacques Kelly, baltimoresun.com, 6 Nov. 2021 There were handwashing stations, temperature checks and plexiglass partitions -- all of which probably make only a small difference controlling this particular virus.

New York Times, 17 June 2021 Others will benefit both workers and fans – such as the plexiglass partitions to cut down on transmission and ostensibly keep everyone healthier.

Gabe Lacques, USA TODAY, 13 May 2021 The Berkshire Theater Group in western Massachusetts put on a production in August with plexiglass partitions between the actors and temperature checks for the audience.

Mark Kennedy, Star Tribune, 10 May 2021 The bar is blocked off and the waitress station has plexiglass.

These example sentences are selected automatically from various online news sources to reflect current usage of the word 'plexiglass.' Views expressed in the examples do not represent the opinion of Merriam-Webster or its editors. Send us feedback. 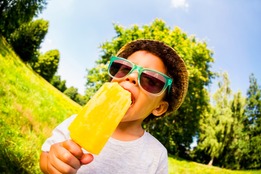 8 Common Words That Are Still...