: a Eurasian biennial herb (Pastinaca sativa) of the carrot family with large pinnate leaves and yellow flowers that is cultivated for its long tapered whitish root which is cooked as a vegetable
also : the root

The word parsnip was borrowed into Middle English in the 14th century as a modification of the Old French word pasnaie, itself derived from the Latin noun pastinaca, meaning "parsnip" or "carrot." The scientific name for the parsnip, "Pastinaca sativa," still reflects this history. "Pastinaca," in turn, traces back to "pastinum," a Latin word for a small gardening tool used to make holes in the ground for the insertion of plants, seeds, or bulbs. "Parsnip" may also remind you of the name of another edible root, "turnip," and there's a possible explanation for the resemblance. The Middle English spelling of "parsnip" ("passenep") may have been influenced by "nepe," the old form of "turnip."

Recent Examples on the Web Save potato and parsnip peels for a wispy, crisp topping.

Sunset Staff, Sunset Magazine, 10 Nov. 2022 Wild parsnip, a slightly shorter plant with a flat cluster of yellow flowers, causes terrible blistering if the sap gets on skin and is exposed to sunlight.

Judi Ketteler, Good Housekeeping, 24 Apr. 2022 On a numbingly cold day in Upstate New York, Judith Bryant was eating a bowl of potato, parsnip and turnip soup at a cafe in downtown Auburn.

Washington Post, 16 Mar. 2022 Though the chunks of parsnip almost resemble bones at first glance in the final dish, the tagine’s overall impression is sweet and golden, both visually and on the tongue.

Emily Deletter, The Enquirer, 6 Aug. 2021 Wild parsnip can cause mild panic among gardeners who display graphic photos of skin damage on social media.

These example sentences are selected automatically from various online news sources to reflect current usage of the word 'parsnip.' Views expressed in the examples do not represent the opinion of Merriam-Webster or its editors. Send us feedback. 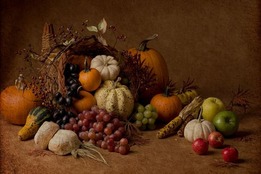 : a Eurasian herb related to the carrot and grown for its long white root which is cooked as a vegetable
also : this root

More from Merriam-Webster on parsnip