1
: an Asian wild ass (Equus hemionus onager synonym E. onager) that usually has a broad dorsal stripe and is related to the kiang
2
[Late Latin, from Latin] : a heavy catapult used in ancient and medieval times

Recent Examples on the Web Now, analysis of DNA extracted from the bones buried at Umm el-Marra has revealed the animal was a cross between a donkey, which was domesticated at the time, and the now-extinct Syrian wild ass, sometimes called hemippe or an onager.

Maya Wei-haas, National Geographic, 24 July 2019 The two of them once passed two very happy weekends of courtship in attempts to reconstruct an ancient catapult called an onager.

These example sentences are selected automatically from various online news sources to reflect current usage of the word 'onager.' Views expressed in the examples do not represent the opinion of Merriam-Webster or its editors. Send us feedback. 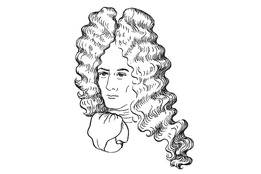 More from Merriam-Webster on onager