Note: The b/d variation has led to the assumption of an original labiovelar *gw, though d would be expected in Attic-Ionic rather than the normally occurring b; obelós has hence been explained as a borrowing from an Aeolic dialect. In the sense "obol" (a weight and coin valued at 1/6 of a drachma) obelós has a variant obolós; the medial o is an alleged instance of vowel assimilation. The need for special explanations to account for the idiosyncrasies in these forms has led to the hypothesis that the etymon was a loanword from a pre-Greek language. 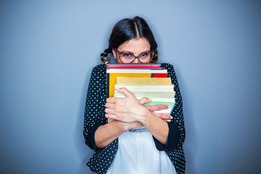 13 Wonderful Words That You're Not...

Words as delightful as they are rare