: a specific and usually public mention or acknowledgment of someone or something by name It's not surprising that Chekhov gets a namecheck in Marion Bridge, which is playing in a superbly performed production through Aug. 25 at Hudson Village Theatre … . That Chekhov nod comes from boozy, disillusioned actress Agnes (Leni Parker), whose unsuccessful career has included appearing in plays by the Russian master …— Jim Burke [Marianne] Williamson began giving her talks in 1983 at the Philosophical Research Society on Los Feliz Boulevard (the nonprofit, which gets a name-check in McWilliam's chapter on the abundant flowering of Southern California occultism, is still in operation).— Julia Wick

Definition of name-check (Entry 2 of 2)

: to mention or acknowledge (someone or something) specifically and publicly by name … he is an avid collector of contemporary art, although he alone turns the pursuit to his singular ends in lyrics that knowingly name-check everyone from Jeff Koons to Jean-Michel Basquiat.— Guy Trebay "… I couldn't wait that long for another box of Shipley's," he said, name-checking the local doughnut shop that catered the event.— Mara Gay Last year, the show's fans successfully petitioned for McDonald's to bring back its limited-edition Szechuan sauce from 1998 after it was namechecked in an episode.— Luke Morgan Britton

First Known Use of name-check

1986, in the meaning defined above

The first known use of name-check was in 1972 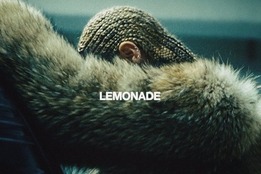 To mention approvingly by name