variants or less commonly moustache
1
: the hair growing on the human upper lip
especially : such hair grown and often trimmed in a particular style
his long mustache combed and waxed

Henry Petroski
2
: hair or bristles about the mouth of a mammal
mustached adjective
or less commonly moustached
ˈmə-ˌstasht

He used a small pair of scissors to trim his mustache. He decided to grow a mustache. The actor was wearing a false mustache.
Recent Examples on the Web Hollingshead later identified an unusual reason for the team’s return to form: his mustache.

Kevin Baxter, Los Angeles Times, 6 Sep. 2022 The growing popularity of the 23-year-old Strider, known for his thick mustache and 100 mph fastball, was evident from all the the fans in the sellout crowd of 42,893 wearing fake 'staches in his honor.

Paul Newberry, ajc, 21 Aug. 2022 The growing popularity of the 23-year-old Strider, known for his thick mustache and 100 mph fastball, was evident from all the the fans in the sellout crowd of 42,893 wearing fake 'staches in his honor.

Paul Newberry, Chron, 20 Aug. 2022 So the first thing that Jimmy did after Gene is caught, almost immediately apparently, is shave his mustache.

Daniel Fienberg, The Hollywood Reporter, 15 Aug. 2022 Rivers Cuomo and his mustache sent out a message via the band's Discord announcing the end of their Broadway dreams.

Vladimir Sorokin, Harper’s Magazine , 20 July 2022 His mustache was long and feral; his bare arms stuck out of a sleeveless T-shirt, flaunting temporary tattoos.

These example sentences are selected automatically from various online news sources to reflect current usage of the word 'mustache.' Views expressed in the examples do not represent the opinion of Merriam-Webster or its editors. Send us feedback.

'Scofflaw' and Inventing Words for Money 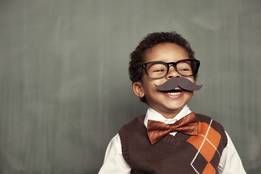 How English Grew Its 'Mustache'

A common word, but only by a whisker

More from Merriam-Webster on mustache