1
: an object of superstitious homage and fear
2
a
: a complicated often ritualistic observance with elaborate trappings
b
: complicated activity or language usually intended to obscure and confuse
3
: unnecessarily involved and incomprehensible language : gibberish
4
: language, behavior, or beliefs based on superstition

We were confused by all the legal mumbo jumbo. His explanation was just a lot of mumbo jumbo.
Recent Examples on the Web To sort out the weed mumbo jumbo, here’s a guide with information provided from Kelly Kearns, invasive plant coordinator with the Wisconsin Department of Natural Resources, the DNR website and the Invasive Plants Association of Wisconsin. —

Jennifer Rude Klett, Milwaukee Journal Sentinel, 16 Sep. 2021 But even as Jeff Bezos was gushing about the amazeball-ness of his flirtation with space, the fact is that ultimately, all of that mumbo jumbo is secondary to him. —

Steven Levy, Wired, 21 July 2021 Orr, like a coal plant, blows a lot of smoke around mumbo jumbo like depreciated assets. —

Star Tribune, 4 July 2021 The language the unemployed confront on the forms and notices often is in legal mumbo jumbo. —

Rich Exner, cleveland, 18 May 2021 All the better for the comedy when the Blissfield Butcher (Vince Vaughan) and mousy high school senior Millie (Kathryn Newton) swap bodies thanks to some mumbo jumbo involving an ancient Aztec knife. —

Jim Kiest, San Antonio Express-News, 9 Feb. 2021 Besides, at the 15 minute mark, Barbara gives us permission to stop caring about all the reversing time mumbo jumbo. —

Andy Kessler, WSJ, 6 Dec. 2020 There’s validity, too, to the argument that Sunday Service is nothing more than , a lot of mumbo jumbo signifying nothing. —

These example sentences are selected automatically from various online news sources to reflect current usage of the word 'mumbo jumbo.' Views expressed in the examples do not represent the opinion of Merriam-Webster or its editors. Send us feedback. 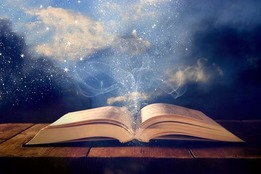 9 Words from the Magical Realm

When language is magic

1
: a complicated ceremony
2
: confusing or meaningless talk or activity