: a person who is moderately but not highly cultivated
middlebrow adjective

Recent Examples on the Web Though some critics disdained Mr. Cahill’s books as middlebrow, many others, including eminent scholars, praised his gift for bringing arcane topics to life. —

Clay Risen, New York Times, 30 Oct. 2022 This is true even for TV critics, who generally complain that the Television Academy, which votes on the awards, tends to reward the same (middlebrow) fare year after year. —

Inkoo Kang, Washington Post, 12 July 2022 Neil Simon — probably the most commercially successful playwright ever to walk the Earth — has fallen way out of style, written off as the quintessential mid-century middlebrow. —

Alison Willmore, Vulture, 6 Dec. 2021 Whether middlebrow or low, these works reshape Diana to their own needs, borrowing her familiar, eventful yet unknowable story to sell mere gossip as relatable real-life tragedy. —

New York Times, 17 Nov. 2021 But the case for the Emmys as a collective showcase of the industry’s middlebrow finest is an easy one to make — at least for the medium’s sake. —

Washington Post, 17 Sep. 2021 For years, public derision has followed each instance of white middlebrow acts triumphing over culture-defining Black art at the Grammys. —

Andrew R. Chow, Time, 10 Mar. 2021 Cultural critics slammed it as a middlebrow hobby that dumbed down the process of making art. —

Michelle Brunner, Washington Post, 13 Aug. 2020 While other authors have covered the subject of the German exiles, including Thomas Mann’s American years, we are concerned here with the intersection of culture (or, in the German sense, Kultur) and American middlebrow. —

These example sentences are selected automatically from various online news sources to reflect current usage of the word 'middlebrow.' Views expressed in the examples do not represent the opinion of Merriam-Webster or its editors. Send us feedback.

1922, in the meaning defined above 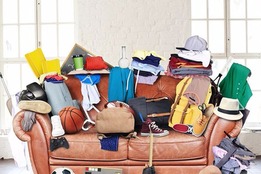 Or just someone who bothers you

: a person who is moderately but not highly educated and refined
middlebrow adjective
Last Updated: 2 Dec 2022 - Updated example sentences