1 : a person who is killed or who suffers greatly for a religion, cause, etc. the early Christian martyrs They know that killing him will only make a martyr out of him. [=will make him someone who is admired as a hero for having suffered or died for a cause]
2 disapproving : a person who pretends to suffer or who exaggerates suffering in order to get praise or sympathy He enjoys playing the martyr. [=he enjoys acting like someone who deserves admiration or sympathy because of being badly treated]
3 : a person who suffers greatly from something (such as an illness)

1 : a person who voluntarily suffers death as the penalty of witnessing to and refusing to renounce a religion
2 : a person who sacrifices something of great value and especially life itself for the sake of principle a martyr to the cause of freedom
3 : victim especially : a great or constant sufferer a martyr to asthma all his life — A. J. Cronin

Definition of martyr (Entry 2 of 2)

1 : to put to death for adhering to a belief, faith, or profession
2 : to inflict agonizing pain on : torture
Other Words from martyr More Example Sentences Learn More About martyr

Other Words from martyr

Examples of martyr in a Sentence

Recent Examples on the Web: Noun Some on the far right have rallied around Babbitt's death and attempted to make a martyr figure out of her. — Greg Hanlon, PEOPLE.com, 26 Aug. 2021 White supremacists and other far-right groups have labeled Babbitt a martyr. — Justin Jouvenal, Anchorage Daily News, 23 Aug. 2021 White supremacists and other far right groups have labeled Babbitt a martyr. — Washington Post, 23 Aug. 2021 Prosecutors said Domingo sought retribution for the March 15, 2019, attacks on New Zealand mosques and was willing to die a martyr. — Richard Winton, Los Angeles Times, 11 Aug. 2021 The implication: Cuomo is casting himself as a victim and a martyr, Iyer said. — Harmeet Kaur, CNN, 10 Aug. 2021 The sculpture depicts four Black American figures — a slave ancestor, a lynched Union soldier martyr, a struggling mother activist and a baby — stacked atop one another. — NBC News, 13 July 2021 The attempt to make Babbitt a martyr only really gathered steam once Democrats moved to establish a body to investigate January 6. — Matt Ford, The New Republic, 12 July 2021 Those words have become a viral mantra meant to elevate Babbitt as a righteous martyr in the cause of liberty. — Calvin Woodward, Colleen Long And David Klepper, Chron, 18 July 2021 Recent Examples on the Web: Verb Ursula, legend holds, was a British princess martyred in Germany in the 4th century, along with as many as 11,000 of her holy companions. — T. Edward Nickens, Field & Stream, 27 May 2020 The name speaks to a cherished legend about 11,000 virgins, followers of St. Ursula, who arrived in town by boat in medieval times and were eventually martyred in Cologne. — Dave Seminara, New York Times, 20 Feb. 2020 The Catholic Church recognized at least three different saints with the same Roman name, all of whom were later martyred. — cleveland, 10 Feb. 2020 Start the story with Emiliano Zapata, the peasant leader from a village in the central state of Morelos, who was tricked into a military ambush and martyred in 1919. — Peter Schjeldahl, The New Yorker, 24 Feb. 2020 The search launched Friday, Valentine's Day, a holiday that commemorates the day Saint Valentine was martyred. — Ella Torres, ABC News, 14 Feb. 2020 Commemorations culminated in Ashura, on the tenth of the month, when Hussein was martyred. — The Economist, 28 Jan. 2020 Khan Mohammad another villager said that on the day of the incident there were around 100 to 110 worshippers in the mosque, of which more than 70 were martyred and more than 30 others were wounded. — Rahim Faiez, San Diego Union-Tribune, 19 Oct. 2019

These example sentences are selected automatically from various online news sources to reflect current usage of the word 'martyr.' Views expressed in the examples do not represent the opinion of Merriam-Webster or its editors. Send us feedback.

First Known Use of martyr

History and Etymology for martyr

The first known use of martyr was before the 12th century 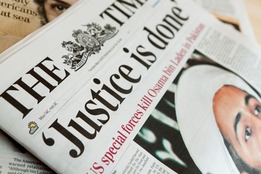 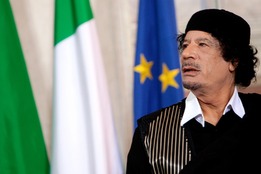 When Muammar el-Qaddafi reacted to the Libyan uprising ...

: a person who suffers greatly or dies for a religion or cause

Kids Definition of martyr (Entry 2 of 2)

: to put to death for refusing to give up a belief

More from Merriam-Webster on martyr

Thesaurus: All synonyms and antonyms for martyr